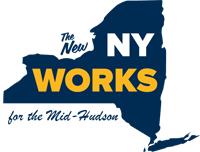 A coalition of organizations and communities from Ulster County and New York State petition the Mid-Hudson Regional Economic Development Council. The group asks the council not to award grant funds for the controversial Niagara Bottling Company proposal in this year’s round of grant announcements on December 10th.

Kingston, NY – In response to the proposed Niagara Bottling plant in the Town of Ulster, a growing number of individuals, communities, and organizations in Ulster County and New York State have swiftly come together to form a coalition. Together, the group is dedicated in promoting drinking water as a common good and protecting that right for generations to come.

Launched on the evening of Friday, December 5, the petition already had close to 1000 signatures at the time of this release, within just 48 hours of its circulation. The petition will continue to solicit signatures and may be found at HERE.   The letter is signed by fifteen (15) organizations that include KingstonCitizens.org, Riverkeeper, Woodstock Land Conservancy, Esopus Creek Conservancy, SaveCooperLake.org, Catskill Mountainkeeper, NYPIRG, Food & Water Watch, Slow Food Hudson Valley, Red Hook Conservation Advisory Council, Town of Red Hook, NY, Woodstock NY Transition, Kingston Transition, Sustainable Saugerties and the Mid-Hudson Sierra Club.

According to Paul Gallay, President and Hudson Riverkeeper, “New York State law specifically prohibits state agencies from funding an action until it has complied with the provisions of SEQRA. Before considering the Niagara Bottling proposal for funding, Riverkeeper urges the Mid-Hudson Regional Economic Development Council to allow the full environmental review process to occur so that all its related impacts can be evaluated, including the construction and operation of the plant, the sale of the water, the implications for Kingston’s overall water supply, the infrastructure required for withdrawals, and the potential impacts to the water bodies from which Kingston draws its water supplies.”

“This is the start of a growing coalition of those concerned and involved in protecting our water supply,” said Rebecca Martin, founder of KingstonCitizens.org. “If we had the luxury of time, we could have secured another dozen or more significant organizations in support of this petition. The work we are undertaking now is just the beginning of what we aim to do. There will be many opportunities for us all to work together.”

The proposed Niagara Bottling 414,800 square-foot bottling facility will process up to 1.75 million gallons per day (GPD) of water from the City of Kingston’s water supply at Cooper Lake located in Woodstock, using over 25% of its capacity, with plans to truck in much more than that from springs in surrounding communities.

In the group’s efforts to build a transparent, participatory process based on the facts about this project, they have learned that the proposal is being promoted without adequate analysis of its potential economic and environmental impacts. In the three months since the public was made aware of the proposed bottling plan, KingstonCitizens.org has worked with several local organizations, including Save Cooper Lake, Woodstock Land Conservancy and Esopus Creek Conservancy  as well as national organizations, such as Riverkeeper and Food & Water Watch. This work is being credited with achieving a more thorough, inclusive environmental review process by securing a “Positive Declaration” and full public scoping process in the State Environmental Quality Review (SEQR) process from the Town of Ulster, which is the Lead Agency for SEQR.

About KingstonCitizens.org: Founded in 2007, KingstonCitizens.org is a community-based organization committed to improving the quality of life of Kingston residents through accountability and transparency between the people and their local government. By providing citizens with current and important information through better communication, its work is meant to nurture citizen participation and empowerment through projects, education and fun.