News of Macy’s store closure at the Hudson Valley Mall is a serious blow to the local economy as over 70 jobs are expected to be lost. That’s on top of about 70 jobs that were eliminated when J.C. Penney shuttered its doors at the mall last year.

Facebook users expressed sadness – and confusion, too, over the announcement. How could this happen when there’s several hotels being built nearby? New hotels means business is good, right? Then there were a small handful of others who said the community who scared off Niagara bottling and its host of proposed jobs deserved this and/or was cursed. We could have used those jobs – especially in light of the Macy’s closure, right? Well, no.

While the Niagara plant proposal (and its subsequent demise), retail store closures and new hotel construction seem to be disconnected events, I would assert that they are all driven by a single, powerful – and possibly unstoppable – force: you.

As reported in great detail in the pages here, the proposed Niagara Bottling plant at Tech City was an exhaustive, emotional affair that resulted in a positive transformation of the community – especially in regard to increasing transparency.

The proposed project triggered the gathering of a strong, and unified majority that stood up against the proposal. Partnerships were formed between community groups. Meetings were held, and events staged – all lubricated by social media.

Citizens gathered and found common ground, which ultimately morphed into a single voice that clearly said this was not a suitable project. Clean, safe and readily available drinking water belongs to the people first.

Unfortunately, Niagara picked up and moved its project just two hours away, to Bloomfield, Conn. And now that community is trying to sort through many of the same issues that Kingston struggled against.

One of the key issues of the Kingston project was that of transparency and properly informing the public. How could Niagara strike a deal with city officials so stealthily? Why wasn’t the proposed project presented to the public earlier? What happened? Where’s the watchdog? 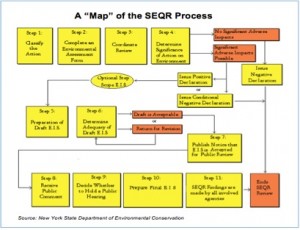