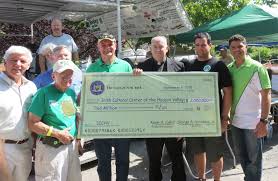 In 2015, the city of Kingston initiated the Hudson Riverport, a project that had “engaged the services of the firm Perkins+Will to produce an Implementation Plan, a Final Generic Environmental Impact Statement (FGEIS) and a Market Conditions Update for 192 acres of Kingston’s Rondout Waterfront under the Brownfield Opportunity Area (BOA) Program of the NYS Department of State….The Common Council determined by resolution on October 6, 2015 that the Implementation Plan/Draft GEIS was complete and ready for public review and set a public hearing date. The comment period spanned October 8th through November 23rd with a public hearing on November 12th in Kingston City Hall Common Council Chambers.”

On October 11, 2015 in the Daily Freeman, an article “Kingston Seeks Public Input on Brownfield Plan” was printed/posted announcing the city initiative as well as the City of Kingston’s Hudson Riverport Facebook page that apparently had been created in 2014.

Just about a year later on October 10, 2016, we happened to notice language in a post on the City of Kingston Hudson Riverport Facebook page that appeared odd.   To a recent article in the Daily Freeman, “Kingston Council Advances Downtown Flood Control Effort” it said in part that, “…The current administration should be thankful that the proposal was already written. All they had to do was get the design work started and resubmit the request for construction funds…”

That didn’t sound to us like the current office of Economic Development speaking.  It is a fact that the “Hudson Riverport at Kingston” is a Facebook page created, owned and operated by the city of Kingston. So why would it suggest that  “the current administration should be thankful that the proposal was already written…” for a project that it continues to organize and maintain?

Unfortunately, we have reason to believe that the page continues to be administered by a past City of Kingston employee without having permission to do so, or without any guidance from the current Economic Development or Grants Management office. After looking around a bit more, there is at least one other just like it. An inventory of these sites needs to be collected.

The good news is that the City of Kingston is currently looking into the matter and will take the necessary steps to rectify the situation.  Apparently, in the past a city employee could create a Facebook page on their own, without there being a secondary employee to be included as an administrator.  That has now been implemented. However, for sites created prior to 2016,  if a person who worked for the city being the sole adminstrator decides to act maliciously,  they might take the entire site down where information meant for the public record that was posted over the years would be lost. Lets hope that that doesn’t happen in this case.

Perhaps the good news here, in an instance like this and if it ends up being what we suspect, will expose areas from past city management that must be improved.

There is no doubt that successful projects is the work of many.  It indeed takes a village (or a city in this case).  But for City of Kingston property to be used without authority or direction is inappropriate and completely misleading to the public. Aren’t city of Kingston staff and our elected and appointed officials from both the past and present days to be working on behalf of the public good?  City property is the public’s property. When you are no longer employed, elected or appointed, hand over important information in good working order so that the city can continue to run smoothly during each of its transitions. It is each of their duties to do so.

READ:  Daily Freeman article about the public hearing process for the plan. 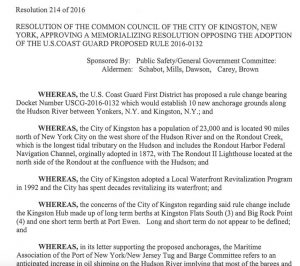