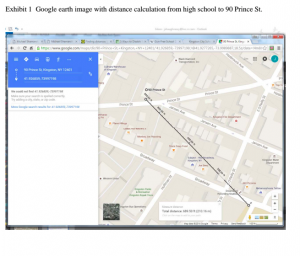 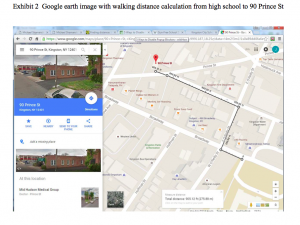 There are hundreds of children on the sidewalks of the school zone during the morning and afternoon of each school day. I may have to correct this date: On the first day of school in September, 2012, there was a major melee after school that lasted for more than an hour and spread from Broadway to Prince Street and Hasbrouck Avenue. Imagine a person with a concealed weapon deciding he or she had authority from Sheriff Van Blarcum to draw that weapon and help to restore order. Scores of people with weapons within a high school zone is an invitation to a tragedy – sooner or later.

The Kingston Common Council has a shared responsibility with the Kingston City School Board to ensure that our children are safe before, during, and after school. This trumps economic development from a shooting range. 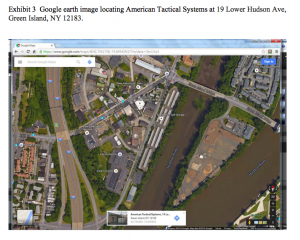 Exhibit 3 is a Google earth image that shows the facility to be in a largely commercial/industrial zone in the southern end Green Island in a triangle bounded by Interstate 787, the Green Island Bridge, and the Hudson River.

Exhibit 4 is a Google earth image that show the facility to be more than 3,900 feet from the Heatly School campus on the north side of Green Island. 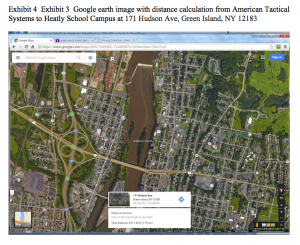 In an article from the May 20, 2013, issue of the Troy Record about the approval of the facility. A quote from the article about the mayor: “McNulty-Ryan pointed out that in February the law was made more strict by making it so a gun range could not be within 140 feet of residential homes.”