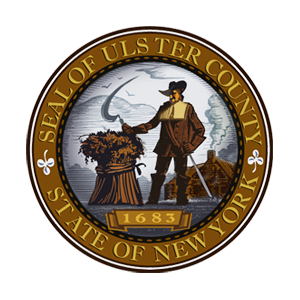 CALL OR WRITE to the Ulster County Board of Election Commissioners 845-334-5430 or elections@co.ulster.ny.us

Tell the Ulster County Board of Elections to give the greatest number of people the opportunity to vote by placing early voting locations  in the county’s largest population centers.

ATTEND the Ulster County Legislature Laws and Rules, Governmental Services Committee meeting on Monday May 20th at 6:30pm at the Ulster County Office Building located at 244 Fair Street in Kingston. The meeting will be held at the KL Binder Library on the 6th Floor.

Express your support for Chairman David B. Donaldson’s draft resolution that calls for early polling sites to be located in the City of Kingston and the Villages of Ellenville, New Paltz, and Saugerties.

In a recent news report, the public learned that the “Republican and Democratic Board of Election Commissioners were in a dispute over early polling locations.” This is particularly problematic as they are on “a tight timeline to submit locations and times for early voting during the nine days (before the November elections) to the New York State Board of Elections by May 29 to be considered for state assistance to fund voting equipment. The cost taxpayers would pay is upwards of $200,000 if it is not resolved in the next two weeks.”

“The Republican and Democratic commissioners are locked in a fight over locations.”

Democrat Commissioner Ashley Dittus has argued for early voting sites to be located  in the county’s largest communities, including Kingston, Saugerties, New Paltz, and Wawarsing, because they are “population centers” and accessible to a greater number of voters. “The state election laws…say we need to be mindful of existing population density, proximity to bus routes, travel time to the polling location from voters’ homes, and commuter traffic patterns… .” She claims the laws are being ignored by her counterpart possibly for political reasons.

Republican Commissioner Thomas Turco wants the locations to be in rural areas outside of large municipalities, claiming they better serve the entire region and the venues are better. “Unfortunately, we cannot put early voting in every town… . We have to consider what serves the voters in the county best, not just individual towns.”

According to an article published by the Center for American Progress about increasing voter participation, “Many eligible voters with young children must find reliable and affordable child care before going to the polls. However, this can be especially difficult if designated polling places are located far away or if polling place lines are long, requiring additional time away from work or home—time that many Americans cannot afford… . The same is true for Americans with family obligations. In 2012, voting lines were estimated to have cost Americans $544 million in lost productivity and wages.These burdens often fall disproportionately on communities of color and low-income Americans.”

A recent Pew article [include hyperlink] discusses how placing polling sites in rural areas is used for political gain “When officials attempt to locate polling places far from population centers, it forces people of color and low income voters to travel farther to vote, and to vote in an environment they may find threatening, like in a majority white neighborhood… .Changing a polling location to an unfamiliar environment can be an effective tool of voter manipulation.”

What you need to know

If the Democratic and Republican commissioners of the Ulster County Board of Election cannot agree to a plan for early voting polling locations by May 29th, the county could lose critical funding for voting equipment and technology–to the tune of $30k per location. The costs may then be borne by the County and in turn passed on to taxpayers.

Citizens have a very narrow window of time to express their support for the placement of early voting locations  in the county’s largest population centers. The deadline for the Ulster County Board of Election Commissioners to submit its plans to the State is Wednesday May 29th. Please follow the action above immediately.

2 thoughts on “Give Every Ulster County Resident the Ability to Vote.”