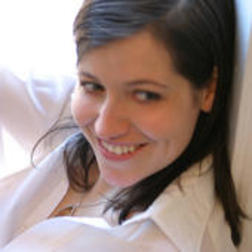 This is quite wonderful.

My old and dear friend  Rachel Loshak who recently moved upstate with her family (husband Morgan Taylor, creator of “GUSTAFER YELLOWGOLD” and their son Harvey) is performing in Kingston in December.

This is good  news for us, as Rachel is no doubt one of the best musicians I know. She spent years on the scene developing the most angelic sound, having collaborated often with Norah Jones, Jason Crigler, Dan Rieser, Morgan Taylor and many other of our pals from the NYC downtown music scene.

Now at just about 9 months pregnant with their second child, she is performing a set of her original music at Gabriel’s Cafe on Friday, December 3rd at 7:00pm. Come out and join us. You will be glad that you did.

World renowned singer/songwriter Rachel Loshak to perform in Kingston An intimate performance at Gabriel’s Café is set for Friday, December 3rd at 7:00pm.

Kingston, NY – What makes Singer/Bassist, Rachel Loshak’s music and sound so special is her sophisticated, orchestral approach to traditional pop music. Imagine a string quartet stripped of its native instruments and handed electric guitars and amplifiers. Melodic bass figures move like a boogied cello weaving with her pure and bell-toned voice, all forming an accessible foundation to the wide-eyed wonderment of her lyrics, which Loshak paints in broad strokes with a graceful sadness.  Her unique style can be enjoyed at 7:00pm on Friday, December 3rd, 2010 at Gabriel’s Café 50 John Street in Kingston, NY.

Rachel moved to New York City in the late Nineties from Suffolk, England and honed her songwriting craft with her unique ‘bass and voice’ style. She has created three full-length LP’s (Firefly in 2001, Mint in 2003 and Peach Pony in 2005) featuring guitarist Jason Crigler (Erin McKeown, Linda Thompson, Marshall Crenshaw).  The latest LP features a duet with Norah Jones.  Peach Pony has been released in several international territories to critical acclaim.  Performing with Ms. Jones at the Grammy Awards in 2005, Rachel is also featured alongside her (and with Jesse Harris) on the Best of the Living Room compilation released in 2002.  Recently Rachel has worked with Moby, recording vocals for a future release as well as performing at a Tsunami benefit concert in 2005.

Rachel has toured extensively in New York, Boston, Philadelphia and Chicago as well as internationally to Ireland, the UK, France, Germany, Scandinavia and South Korea.

After gaining extensive experience in the music industry as a touring musician, business administrator and creative graphic production designer, Rachel co-founded Apple-eye Productions with husband Morgan Taylor to create an outlet for their creative projects (that also includes their popular children’s series GUSTAFER YELLOWGOLD). They now live in the Catskills with their son, Harvey.