Last evening, the Kingston Planning Board announced that it would not be making a determination at this time for the proposed Kingstonian Project, accepted its role as lead agency of the review process and, set a public hearing for the project to be held on Wednesday, April 10th at 6:00pm.

The public can attend to share any of their concerns (that will be placed on record) for consideration of a determination by the planning board as lead agency for the Kingstonian Project.

Video made by Clark Richters of the Kingston News. Brought to you by KingstonCitizens.org. 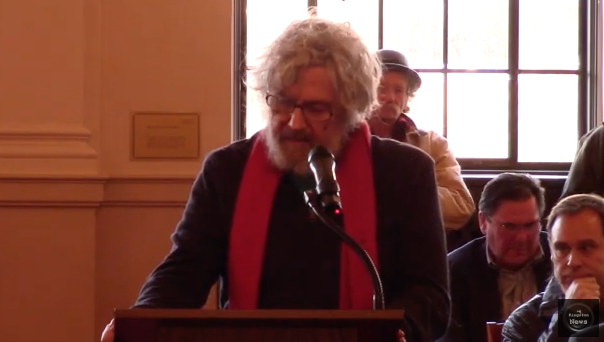 “The project is sited on the steep slope connecting two quite different successful neighborhoods, Kingston Plaza and the Stockade district. Connecting these two signature parts of the city while retaining the character of each has been a community goal for at least the last 361 years. Given the site’s location and it’s important to examine the site very thoughtfully with extensive community input  …the present design (of the Kingstonian) presentation has been disappointing and unpersuasive. More of a marketing effort designed to mislead than a site plan to provide an honest sense of the environmental, economic and social impacts of this $40 million + project.”

“The spirit of SEQR is to provide the opportunity for the public to identify and understand what the impacts of a project like this are – so that they can be properly mitigated through a collaborative and inclusive process. At this critical juncture, it would be helpful for the planning board as lead agency to communicate in advance the timeline of SEQR as it pertains to this project so that the public will know what and when they can contribute in a meaningful way.”

“Although certain people supporting a positive SEQR declaration have said they only wish to have a process that maximizes the benefits to Kingston residents, the reality is this project will not happen if a positive declaration for SEQR occurs…”

“One aspect of the Kingstonian is important to bear in mind. This is not an out of town billionaire developer. This is the Jordan family. They have been in the city of Kingston for over 80 years…I highly doubt that the upstanding members of the Jordan family would do a shabby job in the Kingstonian development…being a contributing citizen in a community is incredibly important and should be recognized and acknowledged. The Jordan family has that in spades. It’s very important for you to look at the residents of the city of Kingston who has been here for years supporting the city.”

“I suggest that a positive SEQR declaration for the Kingstonian project be made. The proposal is the largest uptown development project in recent history. It is on the boundary of the Stockade – a historical district. The footprint and scale will be larger than any in the surrounding neighborhood…Millions of public dollars are earmarked…what other subsidies have been promised or asked for? This is not an unabashed benign project. Positive and negative impacts will be irrevocable once it’s built. Kingston deserves more than a ‘no problems’ declaration.” 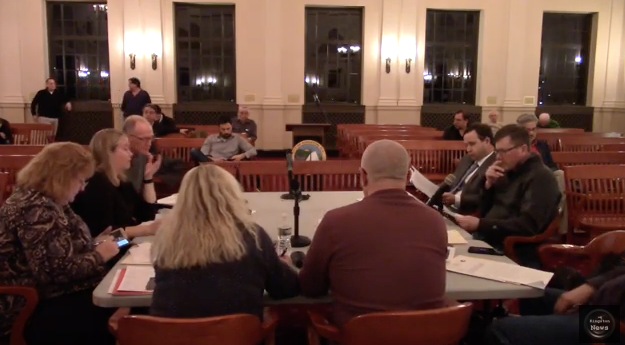 Kingston Planning Board declares Lead Agency and announces April 10th at 6:00pm in the Kingston Common Council , special meeting to open a public hearing for the Kingstonian Project.