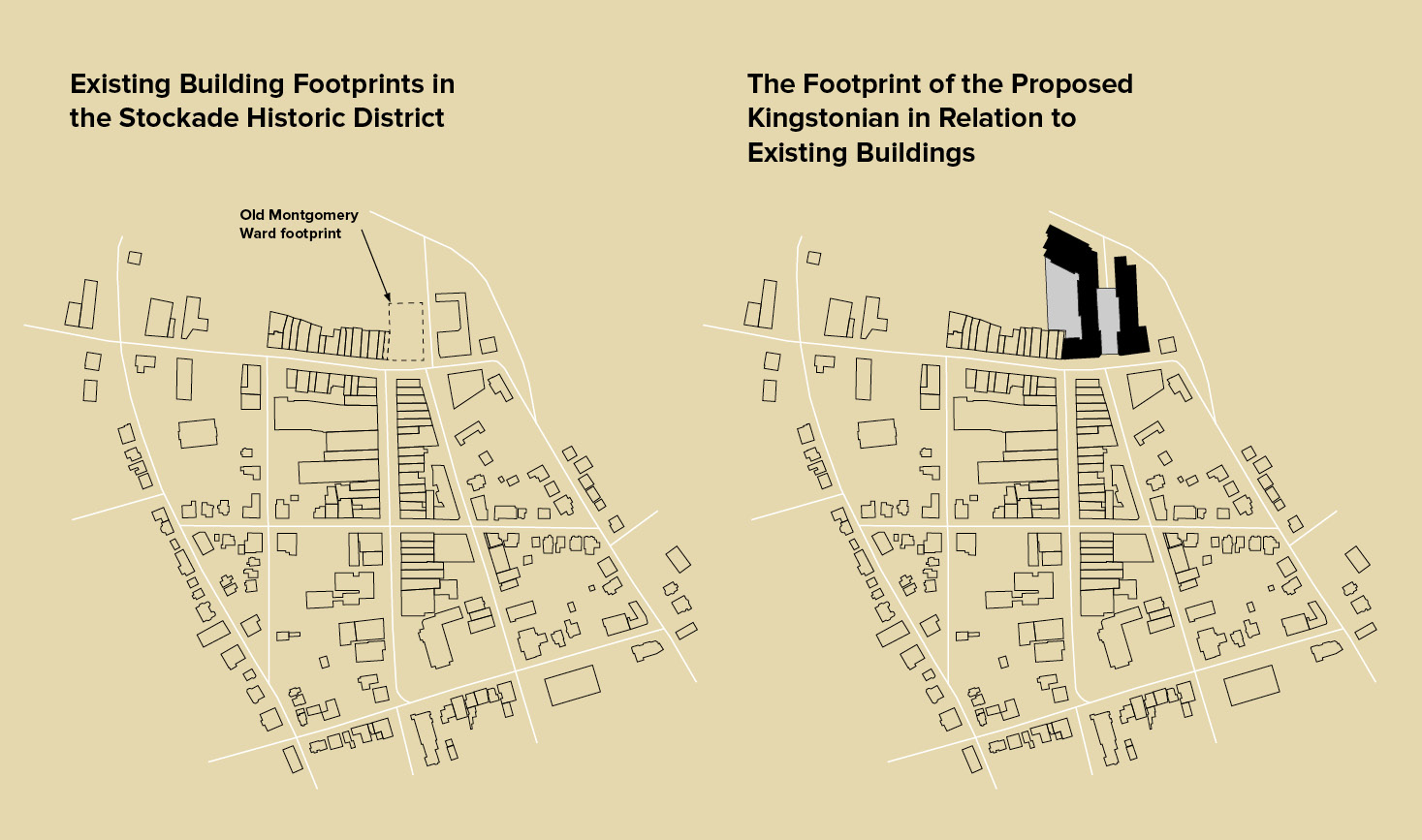 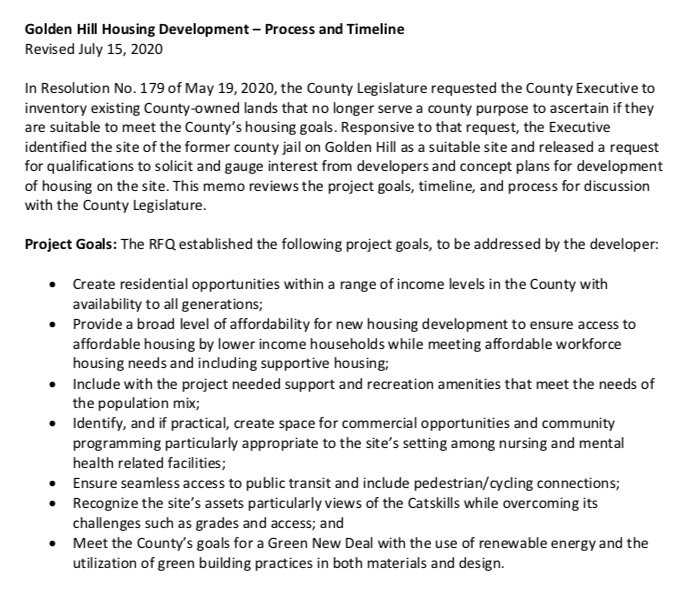 “In Resolution No. 179 of May 19, 2020, the County Legislature requested the County Executive to inventory existing County-owned lands that no longer serve a county purpose to ascertain if they are suitable to meet the County’s housing goals. Responsive to that request, the Executive identified the site of the former county jail on Golden Hill as a suitable site and released a request for qualifications to solicit and gauge interest from developers and concept plans for development of housing on the site. This memo reviews the project goals, timeline, and process for discussion with the County Legislature.”

A SUMMARY is available for public review. For more information or if you have any questions, contact Ulster County Deputy County Executive Evelyn Wright at ewri@co.ulster.ny.us or call 845/340-3633. 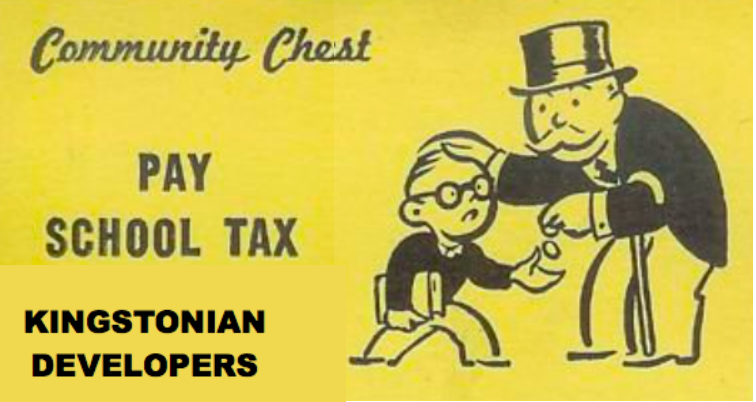