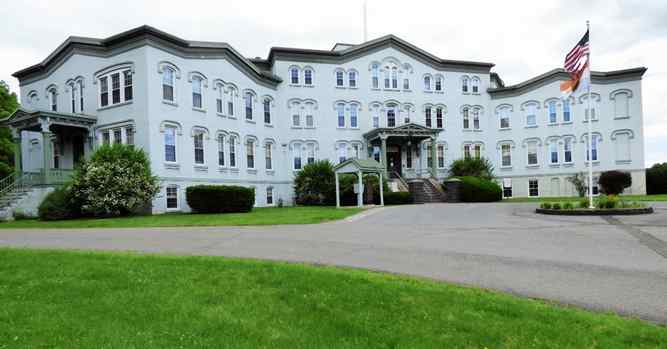 So where are we now?

SEQR Determination.
Citizens were concerned both with traffic and sewer issues for this project as well as having questions about taxes and public funding.

It is illegal for the state to award funding to a proposal that is undergoing a SEQR review, as is the Alms House project.  A positive declaration (or pos dec), is a determination that means a project may result in one or more significant environmental impacts that require further study.  A negative declaration (or neg dec), is a determination that the project will not result in any significant negative environmental impacts and therefore, no further study is required.    The Alms House project received a negative declaration in SEQR and so, the project goes directly to its site plan and, state funding can be awarded.

Whatever citizens were led to believe, those concerned about state funding as it pertains to this project missed an opportunity for there to be more time to review all sources by not making a legitimate case on environmental issues.  To me, for all the energy placed towards rhetoric and lawn signs, this single decision that they were not able to influence was the end game.

The Wrong Message.
All the while, those in opposition were led by several council members, elected into office to protect all of our best interests, apparently used discriminatory language captured on record. By doing so, they might have violated the Fair Housing Act,  and that could lead to a very expensive lawsuit against the City of Kingston.

Claiming it is their first amendment right to speak as they did in representing some of their constituents, they are not completely wrong.  The first amendment allows us freedom of speech. There are laws in place, however, that create boundaries in that department.  To illustrate the point, the second amendment allows citizens to bear arms. That doesn’t mean you can go out and shoot someone.

If you are disenchanted with the sale of 300 Flatbush Avenue, then submit letters to the Ulster County Legislature. Even though a neg dec has been determined, if you have concerns about sewer overflows or other environmental factors as it pertains to this project,  it’s something to take up with the Planning Department.

Going after the Kingston Common Council now is a simple scapegoat during an already contentious political season. It’s all politics. and politics are mainly a game of smoke and mirrors.  Council members voting on a zone change, who choose to take a public position for or against the Alms House project have taken the bait. To place council members at the center of this controversy is misguided. As a zoning change is not commentary on whether or not the Alms House proposal is a good or bad project.  A zoning change is inevitable.

Moving Forward.
I am supportive of RUPCO’s mission, but I also believe that when it comes to projects where public funding is concerned,  it’s healthy and important to investigate and to ask questions.

What concerns me most is how the narrative is being led by several of our elected officials, with what appears to me to be a good amount of misinformation that creates more confusion.  I expect our elected officials to weigh factual information so to legitimately govern and to keep the public informed.   This populist way of doing things, of pleasing the crowd, is like the tail wagging the dog.

Running for the Kingston Common Council is a generous act, but it’s important to remember that it is not high office or intended to become a career position.  It’s a common person’s role, a lot like jury duty.  Often, those who run have never run for office before, and there needs to be some form of training to avoid making unnecessary mistakes that cost us.

Some suggestions, to better avoid Council whoppers in the future could include:

Yearly Council Training Sessions
Did you know, that Kingston Common Council members, once sworn into office, are not required to take any formal training on how to govern? No background or history of Kingston city government:  our charter, code, form of government or any policies that exist. Maybe they get a packet, but that would be all.  In other words, they learn on the job.  There is a difference between an opposing opinion and going rogue. On more than one occasion, the latter has wasted time, capital, energy and creates…lawsuits?    A yearly mandatory training should be in order.

Council Representation
Kingston’s Corporation Council serves at the pleasure of the mayor.  With the executive and legislative branches being independent of one another, it makes sense that the Mayor and the Common Council have their own legal advisor.

Council Rules
The Kingston Common Council have rules that have not been amended for at least a decade. It’s time that the council take them up for review and make changes to improve any necessary items that can help to govern better during their short tenure. Without proper procedure and boundaries,  those who step up to serve are likely to be burdened, as is the public at large.