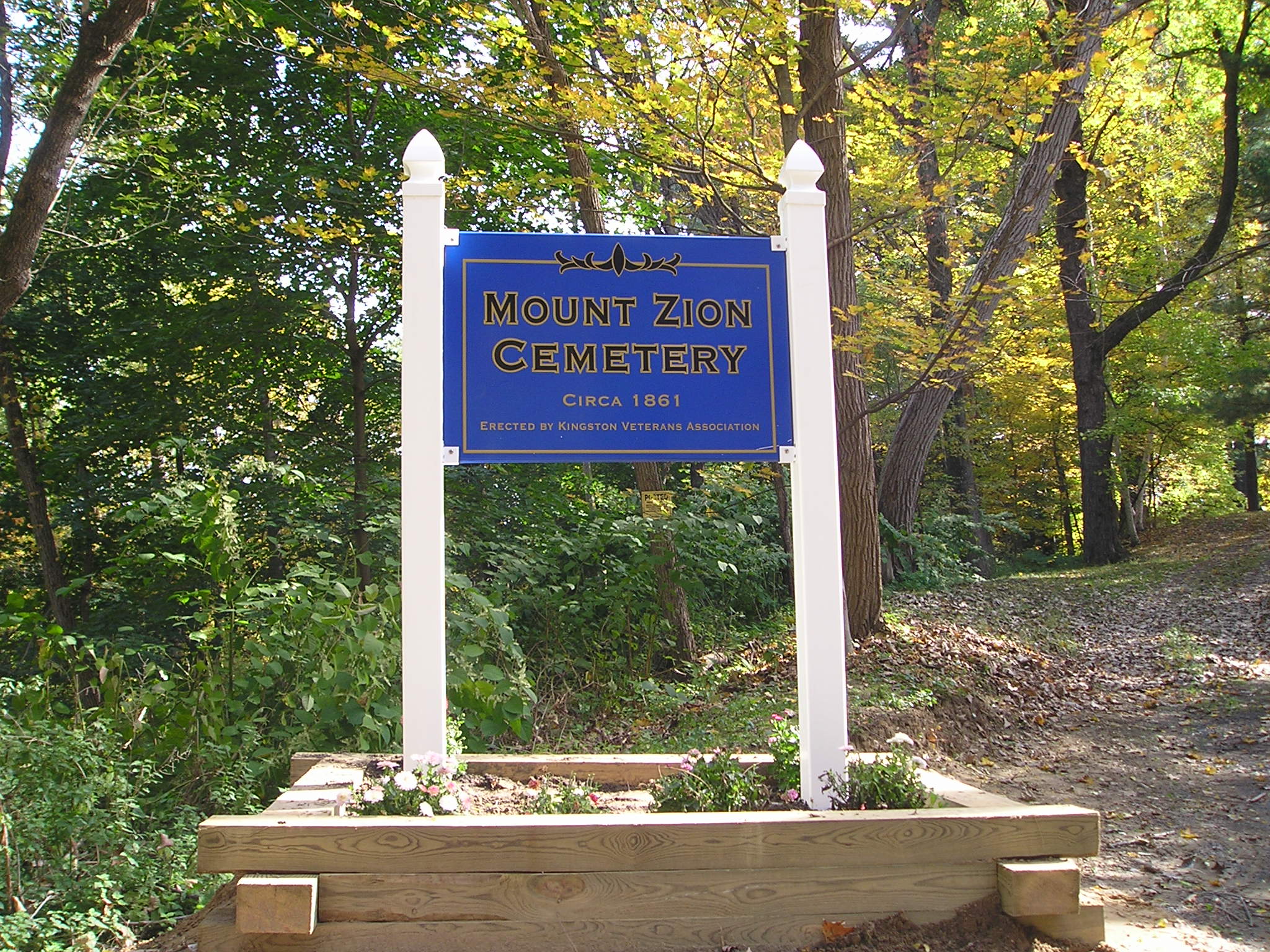 A re-dedication of the Mt. Zion African-African Burial Ground  located on South Wall Street in Kingston is planned to take place on Sunday, June 5th 2011 at 3:00pm, rain or shine.  Guest speakers will include surviving family members, Dr. AJ William Meyers, members of the  AME Zion Church, the Veterans Association of Kingston and Ulster County Executive Mike Hein. A  reception will follow and be held at the AME Zion Church of Kingston located at 26 Franklin Street in Kingston, NY, which is the oldest African-American church in Ulster County and intimately associated with the Mt. Zion African-American Burial Ground.

The cemetery, an approximately 2.4 acre irregular shaped site is located on a hill on the southeast side of South Wall Street in Kingston. The site is the second African-American Cemetery in Kingston and represents the key component of history of the African-American community in Kingston from the mid 19th Century onwards. The cemetery contains the names of many of Kingston’s early African-American families and includes Dutch and French Huguenot surnames of Ulster County families for whom their family members had likely once served as slaves and as such forms a vital visible legacy for Kingston’s African-American community. In addition, a notable number of veterans are buried in the cemetery including numerous Civil War veterans who served in the US Colored Troops, 20th Regiment.

Since the formation of the Kingston Land Trust African-American History Committee in the fall of 2010, the current local landmark has been the focus to obtain state historic preservation status so to protect and preserve an African-American cemetery that houses rich African-American history in the city of Kingston.

“We are working in coordination with the State Historic Preservation Office to prepare a National Historic Register Multiple Resource nomination to include three sites of great importance to the African American community in Kingston.” says Kevin McEvoy, vice chair of the Kingston Land Trust.  “The Mt. Zion Cemetery where members of the community have been buried from the mid 19th Century to approx 1967 including Civil War veterans from the 20th Reg USCT, the Pine St. Cemetery active from the mid 18th to mid 19th Century which was the first cemetery set aside for the African American community during the era of slavery, and the AME Zion Church, a mainstay of the local African-American community closely associated with Mt. Zion cemetery.”

View historic and significant African-American locations and properties. The Mt. Zion African-American Burial Ground does not have an exact street address. Here, the mapping device will help you to simply locate it as you make travel plans to attend.

About the AME Zion Church of Kingston The oldest African-American church in Ulster County, this dignified church is of transcendent importance to the African American community in Kingston. Erected for the AME Zion congregation and established in 1848, the building was built under the pastorate of the Rev. Ebenezer O. Clark.

About the Veterans Association of Kingston The Kingston Veterans Association is comprised of local Veterans organizations from in and around the City of Kingston as a central place where veterans can organize and work together towards common goals that include the VFW, American Legion, Disabled American Veterans, Vietnam Veterans, Marine Corps League, and Navy Seabees.  They conduct the annual Memorial Day Ceremony and Parade, the Veterans Day Ceremony and are responsible for the placing of flags on the cemeteries in the City.

* The Kingston Times “The Proper Respect”

1 thought on “Re-Dedication Ceremony of the Mt. Zion African-American Burial Ground in Kingston, NY in June, 2011”