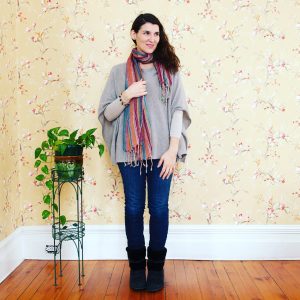 Born in Brooklyn, raised in Woodstock, Hillary Harvey is a photographer and writer based in the Hudson Valley.  When her family moved to Kingston’s Rondout neighborhood in 2009, Hillary became increasingly interested in the history of the area and its architecture.  As she walked around the neighborhood with her three children and frequented local businesses, she began to tap into and depend upon the close-knit community of the district.  It wasn’t until her family moved two blocks away, from Hone Street to Abeel Street, to another historic house which was adjacent to the proposed Irish Cultural Center, that Hillary became involved with local politics.  She and some friends started the neighborhood group, Grow the R-T Responsibly, as a platform to spotlight issues they felt important.  In trying to understand a specific project proposal, Hillary realized that local government can have a huge impact on the lives and property of residents.  But that it is also a place where community voices can make a lasting impression.

Hillary Harvey is a photographer and writer, and a zoning code activist, working for transparency and responsible development that considers the welfare of residents and small businesses. A yogi and devoted traveler, she lives in an old house in Kingston’s historic Rondout district with her college sweetheart and their three muses.