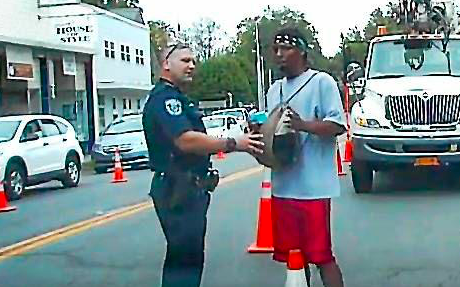 At the next Laws and Rules Committee meeting on April 15, council members will be considering a long list of complicated and important legislation. One is a police accountability memorializing resolution, itself the result of a long and challenging process.  Its complainant-sounding language has sparked a host of questions for us:  How were all stakeholders identified and engaged to bring us to this point? Who was at the table and was there consensus? Who was responsible for crafting the memorializing resolution language?

Back in January, newly elected council president Andrea Shaut created a special policing committee led by Alderwoman Rita Worthington, D-Ward 4, and joined by Rennie Scott-Childress, D-Ward 3 and Alderman Jeffrey Ventura Morell, D-Ward 1. The three lawmakers would be given time to delve into matters relating to policing more deeply before sending their research and information to the council’s Laws and Rules Committee and ultimately, to the full council for any formal action.

Right now, we have a tenuous public safety situation in Kingston. The most efficient way to handle policing legislation or reform is to bring all the parties to the table, having them speak to one another in constructive ways. Has that been done? There are already points of agreement. While no one meeting will resolve the complex nexus of issues at play, a continued, ongoing, purposeful dialogue would decrease tensions and build a stronger community. We have already had some community meetings but the most productive kinds of dialogues would involve a skilled moderator/facilitator steeped in knowledge about the complex relations between the police and communities of color.

The incident at the center of the outrage in Kingston may stem from an incident in 2015 (prior to most of our current council members that are in office today) when police wrongly arrested a young man on the suspicion that he knocked over a cyclist. The situation escalated when one officer approached the man who became nervous and began recording the interaction. The interaction intensified culminating with the officers tasing the young man multiple times while arresting him. When arriving at the police station, officers realized that the man did not commit the crime. Despite his innocence, the police charged the man with obstructing governmental administration and resisting arrest. A jury later convicted him of that first charge and he was sentenced to a one-year conditional discharge. A later investigation by the Police Commission found that both officers involved in the incident followed procedures.

The incident described leaves out one contextual issue crucial to understanding the anger, distrust and resentment that lingers in the aftermath of the incident. The young man was black while the police officers were white. Some will argue that race has nothing to do with determining the culpability of the officers while others will say that it is the dispositive issue.

We all operate within an historical context, one we can’t change and shouldn’t ignore. Given the history of the United States, it is unfortunately a deeply racist context in which we live. Racism is structural meaning that despite the best intentions of individuals, we inherit norms, institutions, rules, and material conditions that shape an unequal landscape where blacks and whites are treated differently: they are perceived differently and punished differently. We can understand that racist structure and fight against it but not without a recognition of the unequal racist history that acts as an albatross around all of our necks.

The concept of implicit bias tells us that despite our best conscious intentions, we discriminate against people of color in unintended and unconscious ways. We may not desire to discriminate, and indeed, when conscious we may actively fight against racism. Implicit bias occurs when we are forced to make split second judgements of the sort that override and preempt conscious, deliberative thought. Once more, we are all subject to the invisible mechanisms of implicit bias irrespective of our race, gender, sexual orientation or class. Jesse Jackson sadly recognized the effects of implicit bias on himself when recounting the fear he experienced at seeing two young black men in hoodies walking behind him. Later, he realized that he too was part of the very culture that perpetuated racism even as he attempted to dismantle it. When people suggest that it is impossible to not be racist in American society, they are relying, in part, upon the notion of implicit bias. As we know, there are plenty of people who are consciously and proudly racist. Nonetheless, if the concept of implicit bias is operative, even those of us who strive to dismantle racial injustice contribute to it.

The outrage over the tasing incident is fair and should be acknowledged. The results of the police commission investigation—where they cleared the officers involved in the Kingston incident of wrongdoing—has led to this festering of distrust and anger. Our political leadership hasn’t helped redirect the anger toward positive ends either.

But to say all police are bad is as unfair as to say that all advocates are good. In fact, we have some advocates in Kingston who seem more intent on feeding the anger without supplying the requisite skill, knowledge and fortitude to resolve problems that are rooted in the City Charter. We also have a mayor who abdicated his moral responsibility in speaking out against the criminal charge or creating a more proactive police commission.

Our leaders need to create a space—a context—in which to have a directed, purposeful discussion, one that recognizes the role of structural racism as well as the fear that this young man must have felt knowing his innocence yet dealing with officers who thought they’d caught the “bad guy”. The young man at the center of this incident knew the history of police relations with the African-American community. He genuinely feared for his life. All police officers need to understand that fear: they need to acknowledge that white and black bodies have different histories and differing collective understandings based upon their lived experiences.

At the same time, most of our officers risk their lives and strive to operate in the public interest. As a community, our first step should be toward understanding what occurred, why it occurred, correcting harms, and creating a system that does better. Attempting to understand this 2015 incident is complex and nuanced. Contradictory elements simultaneously swirl as we try to come to grips with structural racism, a community’s legitimate historical fear of the police, and officers who are genuinely committed to doing good.

Nor should we conflate a critique of these particular police actions with a dislike or disregard for the Kingston police force. On the contrary, critiquing this incident is a sign of respect given the serious and vital role that police officers play in our society. We critique because we respect them enough to engage in an arduous communal activity and out of an acknowledgement of the noble and substantial role that they perform.

In Kingston, we need more leaders to acknowledge that the way this young man was treated was an injustice. The fact that officers may not have violated police regulations in dealing with this young man doesn’t mean that no harm was done to him or that they couldn’t have tried to de-escalate. Nor does it mean that we don’t have to change our policies so that this doesn’t happen again. At the same time, the police risk their lives for us everyday. We appreciate and respect their efforts, but sometimes they get it wrong, and when they do, we should redress the harm. Police officers are under enormous stress and often make split-second decisions that can cost or save lives, including their own. They are called into situations to protect and defend the vulnerable. Under such stressful circumstances, mistakes can be made and better options overlooked.

Without a statement acknowledging the anger and unfairness that many Kingston residents experience, we now have even greater distrust and resentment. Pretending that nothing unfair occurred has made a bad situation even worse, where no one group feels heard or respected. We need to balance the sense of racial injustice felt by many residents of Kingston with the police officers who feel that they are disrespected even as they risked their lives to help others.

We purposely have avoided mentioning the names of the young man and the officers involved in the 2015 incident that is described above. While each will seek individual justice, the incident also tells us something important about us all as a community. We need to reflect upon how to do better. Do we need to make changes to the charter to allow for a more robust and transparent police commission, one that seeks to hear from community members and police officers in a way that upholds fairness and due process? We do. So why settle for a memorializing resolution on policing?  The hard work begins with dialogue and ends with real institutional change through amending the charter. To amend the charter is long, arduous and complex, but it’s time.