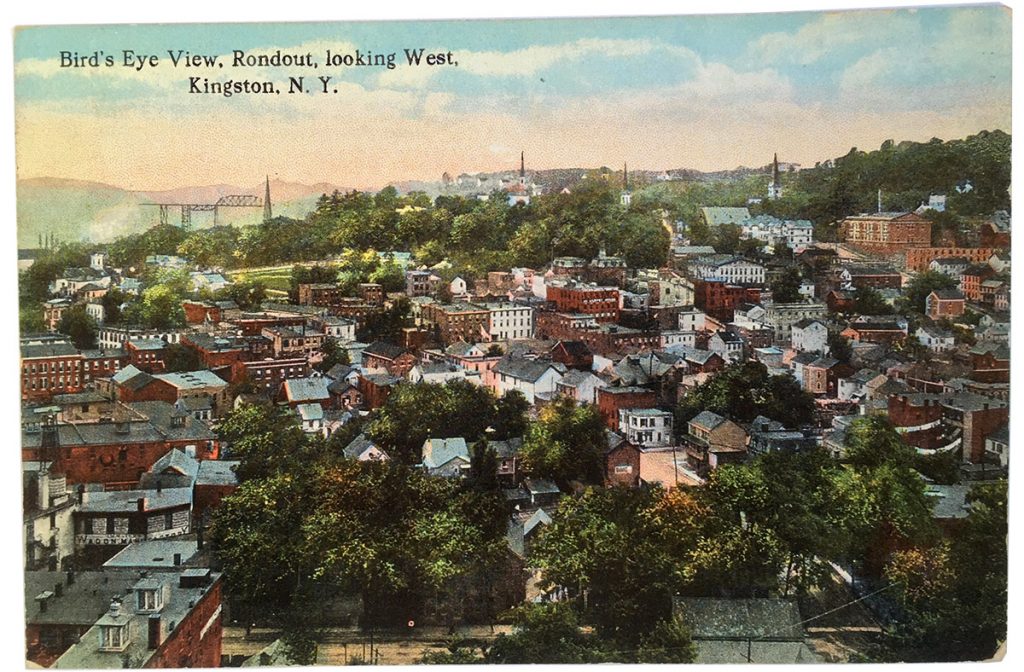 It has been wrongly assumed by city administration officials as well as the applicant’s lawyer that the HLPC has no grounds for considering scale, height, or siting of new construction in a historic because they are zoning matters. It is within the HLPC’s purview to consider these details so long as they are discussed in relation to the physical context of the district. In fact, the statutory purpose of historic districts would be illusory if the HLPC did not consider such basic aesthetic qualities as scale and massing. Further, Kingston’s administrative code allows the HLPC to issue “determinations that are more restrictive than those prescribed or made by or pursuant to other provisions of law applicable to such activities, work or use.” (see Powers and Duties of the HLPC,§405-61.)

It is not often that the HLPC is tasked with considering the appropriateness of a whole new building in a historic district. Indeed, it is difficult to recall the last time such an application was heard, nevermind one as significant in scale and visibility as that of the ICC. Few aspects of the proposal were straight-forward. For one, it has two primary façades (building fronts); one which faces a block of Abeel Street that is residential in character and another that faces onto the commercial West Strand while not being at the level of the Strand or the waterfront. Instead, it is situated at a higher elevation along Company Hill Path. The path—itself an important contributing resource in the district—historically ran uninterrupted from the Strand to the Delaware & Hudson Company’s Paymaster Building, which once sat at the top of the bluff. There is also the issue of scale, which in the code is described as “the relationship between the width to height of the front elevation.” The building’s elevation on Company Hill Path is three stories tall and 83 feet wide, a substantial frontage for a building that is not situated directly on the waterfront and which will no doubt compete visually with the iconic ensemble of Italianate buildings on the West Strand. In fact, during one of the hearings, the applicant boasted how the new building will be a magnet for attention along the waterfront. Successful new buildings are reverential to their context. They should reflect the qualities of the context that is being protected while also enhancing people’s understanding of it.

All that said, most decisions made by the HLPC are largely subjective because aesthetics are subjective. Few would contest a finding that Italianate details are not appropriate for a Greek Revival portico. Other decisions are not so clear-cut, which is why it is imperative to follow the procedure and deliver findings of fact that are clear and specific. During their deliberations in the final hearing of the ICC, the record does not show that members of the HLPC consistently tied their findings to the relationship of the proposed building to its context. Some statements appear as if members were considering bulk requirements in isolation. Commissioners should have taken greater care to frame their statements and reference the code—during their deliberations and in the final written statement—to help future appeal bodies understand the HLPC’s rationale. It should not be the responsibility of an appeal body to determine the appropriateness of a particular project all over again. Instead, it should verify that the HLPC’s finding of facts and written record support the decision rendered and no foul play occurred.

Commissioners are volunteer citizens with a passion for preserving the city’s landmarks and historic districts; they are not legal experts. Their service is only as good as the process and administration that supports them. It is next to impossible for anyone, expert or not, to render cogent, legally-defensible decisions in a chaotic environment where people are speaking out of order and members of the HLPC are forced to repeat their findings more than what the procedure calls for, hence the “erratic discussions” noted by Judge Fisher. That final hearing, held on the 27th of September 2017, was the culmination of two earlier hearings in which a decision was not reached. Tensions were extraordinarily high.

In the months since then, the members of the HLPC have focused on making improvements. They have adopted a new template for running orderly meetings. Much greater care is now taken to making findings of fact and preparing the final written decision. A member of the HLPC helps first-time applicants prepare for appearing before the Commission—a task that will be assumed by the to-be-hired preservation staff person. This past April all but one of the seven current members attended a full-day workshop in Albany for preservation commissioners that was very instructive. Most significantly, the HLPC has drafted an improved preservation ordinance that is currently being considered by the Common Council’s Laws & Rules Committee. The ordinance is largely based on the 2014 New York State Model Preservation Law. Its concise and clear language will improve the comprehension of the law for everyone.

In the end, the HLPC is the goalkeeper of Kingston’s extraordinary built heritage. When buildings are lost or new construction upsets the balance, it means the (wrecking) ball got past not just the goalkeeper but the entire team.

Marissa Marvelli has served on the Kingston’s Historic Landmarks Preservation Commission since September 2016.