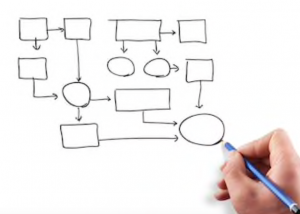 CITIZEN REQUEST.  Please request that the Kingston Common Council Laws and Rules Committee throw out streamlining legislation and continue to collaborate with all relevant Kingston departments, boards and commissions to clarify the development process scenarios comprehensively in the City of Kingston.

In April of this year, draft legislation to “streamline” the Historic Landmarks Preservation and Heritage Area Commissions was introduced by the City of Kingston’s executive branch to the common council with support from both the Planning and Building Departments.  Streamlining Historic Commissions, they argued, would eliminate any redundancies and create a more efficient process for project sponsors who came forward with development concepts for the city.

It’s been a rocky road since, with Kingston’s assistant Corporation Council misleading the council and the public by providing false time requirements and pending litigation that was never understood as reasons to get the streamlining legislation as a local law passed by September.

To help to better understand the process, we jumped in to provide an important educational forum so that we had good information for debate. With more questions than answers, the majority of the council (7-2) with the public’s support, brought the proposed ‘streamlining’ legislation back to committee from the floor for further review.

How did the City of Kingston’s Planning and Building Department come to the conclusion that streamlining commissions was the best way forward?  Was there a flowchart of all development processes? Had all parties involved been gathered to discuss the process to collectively agree that streamlining was the solution?

We got our answer during July’s Common Council Laws and Rules Committee meeting.  Led by Ward 9 Alderwoman Andrea Shaut, who serves as the liaison to the Laws and Rules Committee on the streamlining matter, a roundtable discussion was called that included invitations to all decision makers – whether regulatory or advisory.  Turns out that this was the first time that everyone had been brought together to discuss. The planning department didn’t have flowcharts and Kingston’s Planning Director Suzanne Cahill insisted that the development process was not ‘one size fits all’ so it wasn’t possible to create them.

Really? Even SEQR has a flowchart. When you are talking about processes that if not available, up-to-date or followed correctly will impact the public in profound ways, you better get that information out of your head and onto the page.

Speaking of which, and additionally perplexing, Cahill chose the proposed Kingstonian project as an example (which later we learned, was a poor choice not having comprehensive information to explore process) to walk us through the development process. In the 20 or so minutes that she spoke, we never made it beyond the first part of SEQR.

Back to flowcharts. Does not having that information indicate project sponsors, who approach the city’s Planning or Building Departments with a development project, are not given some sort of guide where they can anticipate the most likely steps they are to take with contact information, etc.?  How is it possible that these materials do not exist for something as important as this?

In the end, instead of the council being given materials by the Planning Department as requested in order to evaluate the process, they had to set out on their own to do the work themselves. Why is staff placing an unnecessary burden like this on our elected officials?   They are decision makers. They should not be made to have to create flowcharts of development processes for the planning department. That’s what taxpayers expect to be paying capable staff to do.

That being the case, Ward 9 Alderwoman Andrea Shaut got to work to meet the need of those in attendance, creating an impressive draft document by pulling together everything that she had from her meetings and document collecting. Shaut illustrated that flowcharts were indeed possible.

In what was about a two hour meeting, the committee got through only 1/4 of one process (there might be many ultimately, up to four or five), daylighting over a half dozen items that were problematic but approachable, such as improving the sequencing steps, providing better communication at the start of the process and coordinating reviews. Perhaps now that the Planning Department understands what the council is looking to achieve, it can spend some time helping to get the information that they need.

We appreciate the council members effort to be thorough in understanding the development processes before making any further decisions about streamlining commissions. It seems clear that enough information has come out that it’s in our best interest to throw out the proposed legislation to streamline commissions.

The council’s work here is unprecedented, and if they continue, the reform of our development processes and the creation of materials to reflect that will positively impact Kingston for generations.

50:56 – Citizen Comment, in response to the process being difficult to map out.
“The SEQR process has steps that the council can look up. In terms of what other boards are involved, it seems like alot of this information is available”

58:22 –  Alderman Bill Carey
“If everything is going through simulatineously, what’s the order?”

58:47 – Cahill and Tiano
“We’re sure information is shared and we’re coordinated”

1:01:57 – HAC and Planning board re: Hutton Brickyard process
“Heritage had to make an approval, and the planning board acted following that. City staff and commissions were meeting at the same time, and it was a benefit to have organized in that way. That’s something I’d like to give more pursuit….if it worked out so that the project sponsor came to one meeting and only had to give one presentation, then each board was able to reach their decisions individually, but we got through things quickly. I thought it was good.”

1:03:02 – Alderwoman Andrea Shaut
“We may not have a perfect example of a process, but we have at least an outline to learn some of the risks.”

1:06:03 – HLPC’s Marissa Marvelli and Leslie Melvin
“One problem is that often applicants coming to HLPC don’t know what to expect. They don’t haven’t been directed to reach out to us to discuss what’s needed of them, who should come with them, or what are we looking for. There is no interface between the applicant and HLPC.  Because they don’t know what to present to us, their applications are typically incomplete…the greatest frustration is the lack of clarity of what they need out front…we don’t have the information we need to be thorough.”

1:11:10 – HAC Giovanna Righini
“There is a design standard for our reviews online, when people come they have not been directed to review them. The info is there for them to review.”

1:23:00 – Alderman Rennie Scott-Childress
“Is there any idea of level of compliance that we have both with how many people make changes to their properties without permission?”

Building Inspector Tom Tiano  –
“They are going to do what they are going to do, and ask for forgiveness later….the Old Dutch Church across the street explained to me that its wooden replacement steps was a temporary fix…they were supposed to go to Landmarks and learn what had to be done, but they never showed up.  As far as I know, the wood steps are still there. They do not acknowledge our letters. Are we supposed to take the Old Dutch Church to court? It doesn’t look good to bring the church to court.”

1:31:34 – Alderman Jeffrey Morell
“What happens when a permit is not closed out? Is there a time limit?”

1:35:02 – HLPC Marissa Marvelli
More on violations and their impact on time for the HLPC.

1:40:50 – HAC Giovanna Righini and HLPC Marissa Marvelli
“In many city’s, the solution is there is an office of preservation as part of planning…especially in places like this…noone here knows where the historic districts are. Alot of home owners may not even know they live in a historic district. That’s a big problem….we’ve been trying to get that information on the city’s website, but been assigned someone to help us to do so (NOTE: city staff maintains the city’s website)”

HLPC Marissa Marvelli
“Kingston has the most active Heritage Area program in the state.”

1:48:34 Alderman Rennie Scott-Childress
“Folks who don’t live in a historic building or district, what’s their relationship to all of this, particularly in midtown?

HLPC Leslie Melvin
“We stopped doing designations decades ago, not for any reason I can understand. Those protections are not currently available.”

2:06:30 –  Zoning, historics and design standards.
“Kingston does not have a preservation plan, and never has.”

2:15:07 – HLPC Alan Baer
“How did the streamlining commissions come about?”

MORE ON STREAMLINING COMMISSIONS FROM KINGSTONCITIZENS.ORG

Cherry Picking Comp Plan Zoning Recommendations: The Streamlining of the HLPC and HAC in Kingston.

The Proposed Legislation to Merge Kingston’s Historic Commissions is not Ready for a Public Hearing.