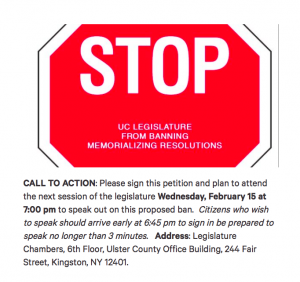 4 thoughts on “Tell Ulster County Legislature That A Proposed Ban on Memorializing Resolutions is Undemocratic.”