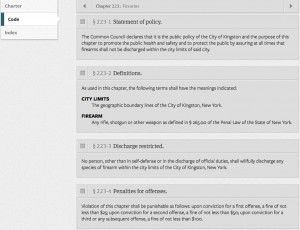 WHAT
City of Kingston Regular Planning Board Meeting

CITIZEN TESTIMONY
In the case that you cannot make the Monday evening public hearing, please submit your comments to: City of Kingston Planning Director, Suzanne Cahill at:  planning@kingston-ny.gov and ask that it be submitted to all members of the Planning Board.

On Monday, February 8th beginning at 6:00pm, the regular Planning Board meeting will take place in part to discuss Item #3: #90 & 92-94 Prince Street LOT LINE DELETION of the Lands of Game Development LLC. SBL 56.26-9-2.1 & 37. SEQR Determination. Zone C-3. Ward 5. Game Development LLC; applicant/owner. You can VIEW the agenda and the agenda item, which will occur at the top of the meeting. Notice that it is listed as Game Development LLC. The proposed shooting range has been called ‘Safeshoot” throughout this process (which would be the name of the business). We point this out in the case there is any confusion for citizens when  looking through the agenda.

Here are some items to ponder as you consider your own testimony for the evening. It is a good idea to arrive at Council Chambers 15 minutes early to get a seat, and to sign-up to speak. Generally residents are asked to keep their comments to under 3 minutes in length.  Remember that citizens will be addressing the planning board that evening, so try to keep your comments specific to their purview for consideration.

1 . THE LAW.  In August of 1984,  the City Council passed a law that explicitly prohibits discharge of a firearm inside Kingston City limits, stating that “No person, other than in self-defense or in the discharge of official duties, shall willfully discharge any species of firearm within the city limits of the City of Kingston, New York.”   VIEW:  Kingston City administrative law 223-3.  The Zoning and Planning Board do not make laws for the City of Kingston. That is only in the Common Council’s purview through a very specific process. In this case, the Common Council made their determination based on their concern, that is stated specifically in the preamble of the law, as a public safety issue.  We believe that the Zoning and Planning Board must uphold the laws of the city, and vote against the shooting range in this location as the local law currently stands, because of the discharge of weapons.

2. PUBLIC SAFETY, HEALTH AND WELFARE.  The proposed shooting range on Prince Street is approximately 233 feet from the YMCA where there is a childcare facility, and about 690 feet from Kingston High School.  There is a substantial body of research that shows that a concentration of guns is associated with more gun violence, serious injury or even death.  For this reason, the argument can be made that a shooting range would be more appropriate somewhere else and not in such close proximity to the YMCA or High School where many children congregate everyday.

READING:  The Accessibility of Firearms and Risk for Suicide and Homicide Victimization Among Household Members: A Systematic Review and Meta-analysis.
“In a relatively recent (2014) systematic review in the Annals of Internal Medicine, researchers concluded that access to firearms is associated with risk for completed suicide and being the victim of homicide.  Firearm ownership is more prevalent in the United States than in any other country; approximately 35% to 39% of households have firearms (3–4), and 22% of persons report owning firearms. The annual rate of suicide by firearms (6.3 suicides per 100 000 residents) is higher in the United States than in any other country with reported data, and the annual rate of firearm-related homicide in the United States (7.1 homicides per 100 000 residents) is the highest among high-income countries.

READING: Resolution #2015-BOE49   Kingston, NY  Board of Education
“…in the interest of the safety and welfare of the students, faculty, employees and others present at the Kingston High School, hereby expresses its opposition to the establishing of a shooting range and gun store in close proximity of the Kingston High School campus.”

3. ECONOMIC DEVELOPMENT.  Across the country, citizens have voiced concerns over lower property values due to noise, lead pollution and the potential of gun violence associated with shooting ranges in urban centers.  Here are some articles that help to describe these concerns for your review.

This discussion should never be about challenging the 2nd Amendment right to bear arms. Nor should it be diverted by suggesting that Dr. Soyer’s property is being taken away by disputing it as a location for a shooting range.  Instead, we should focus on the legalities of such a proposal, and a shooting range as a public safety, health and welfare issue.  This is at the very heart of the work of Zoning and Planning.

The Myth of the Good Guy with a Gun (NPR)

1 thought on “Is Proposed Shooting Range in Midtown Kingston Illegal Under City Code?”