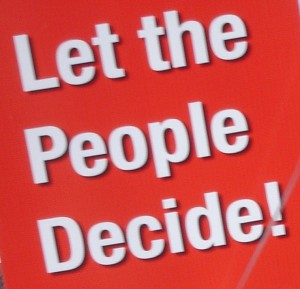 During the Niagara Bottling proposal, Kingston citizens and the Kingston Common Council came up close and personal to a glaring problem that it had not ever contemplated.

The Town of Ulster, a neighboring municipality,  wanted to bring a national bottling company to set up shop in Ulster using Start-Up NY tax abatements (and at least one other grant source) to bottle and to sell municipal water that, ironically, was not theirs.

Cooper Lake – the water body in the midst of the debate – is a reservoir owned by the City of Kingston located in the Town of Woodstock. The proposal didn’t just involve the forementioned,  but a hand full of other municipalities due to proposed wastewater discharges from the site into the Esopus Creek.

As for Kingston, outside of the Kingston Water Department (KWD), the residents (whose water and infrastructure it was) were not an ‘Involved’ agency in the SEQR process due to the KWD being independent and the charter being worded as it currently is.  It took months of hard work to simply be included as ‘Interested’ agency which in the end, gave us all little to no say at all (particularly in determining  ‘Lead Agency’ where you must be ‘Involved’ to be included in making that decision). A tremendous effort ensued, and the public prevailed.

Recently, we created a post called CHECKS AND BALANCES: AMEND CHARTER TO INCLUDE KINGSTON COMMON COUNCIL IN CERTAIN WATER SALES.  Since that time, we have learned that an amendment to the charter would require a referendum. If the council and citizens can swing it, by the fall of this year.

In Section C11-5C (Water Supply Outside of City), it says: (C) Such sales or sales must be approved by the New York State Water Power and Control Commission.” (that today is the DEC).  What may be proposed in a referendum are to include four simple words to this section:  “and the common council.”  That right there, would give the public a say as to its water supply outside of Kingston’s city limits.  Additionally, Kingston would be an “Involved” agency in SEQR in the case one were triggered. In the meantime, the public’s water would have a layer of protection that would allow for thoughtful policy to be developed over time for sustainable growth and economic development using this precious public resource.

VIEW our event page to stay informed on the upcoming Water Referendum.

3 thoughts on “Powers for Sale of Water Outside of Kingston Put to Referendum? We Say Yes!”