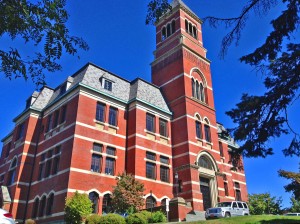 Lately, and historically in fact, Kingston Government has had a conflict with department behavior and the public’s expectation. Without clear policy in place, we rely on common sense behavior – and that can be quite subjective when things go astray.

About 6 years ago in the City of Kingston, a city employee filed a sexual harassment suit against the supervisor and a few other employees at the DPW.  Their behavior that was widely publicized was despicable. To add insult to injury, the public learned that the COK didn’t have a Sexual Harassment policy in place, creating more concern. The cost of which felt by city taxpayers. Could the whole thing have been avoided?

Today, we are reading about city workers using their social media accounts in inappropriate ways in the headlines where policy is in place but clearly not adhered to. Conflicts of Interests are more common than not even though Ethics and all that it embodies are written into code.

With only a little bit of research, when we enter in ‘small city municipal policies’ what comes up is the different forms of government that include City Manager. No surprise.  1/3rd of small cities like ours have changed to incorporate it.

But given Kingston’s affinity to ‘strong mayor’ form of government (which is really new. Only 20+ years old) and which can and that we feel should be challenged and potentially changed (to city manager form of government), what we are searching for is what a municipality of our size and given our form of government generally does in the way of policy.

On first glance, Section 3: Village Operations: “Chapter 13: The importance of written policies and procedures” they state that “If your municipality is small or if it operates under a relatively close-knit management (which ours does), policies may be ‘understood’…..relying on ‘understood’ policies, however, may lead to misunderstandings.”

To us, city policies matter.  Could the city of Kingston create a policy manual? According to our initial reading here, and elsewhere a policy manual would be most helpful, as a ‘well written, up-to-date policy manual guides managers and supervisors in making decisions, training and handling employment issues that relate to safety and health. A policy manual also offers other less obvious benefits such as: 1) A basic communication tool; 2) An excellent training resource. 3) A written documentation. 4) Saves time and manages complex operations. 5) Gives employees a right to know’

City Government’s role is infrastructure which is broad. It includes water and sewer pipes, roadways, signage, communication, contracts and all else that makes those living and doing business in Kingston easy.  And that’s really it. I see Kingston government treading on the historic, the arts and other places one might say they haven’t any business and takes away from what it is meant to do.

There is no lack of important details that need attention in Kingston’s City Government. It may be a big effort initially, but it will make things run smoothly and more efficiently in the long run.