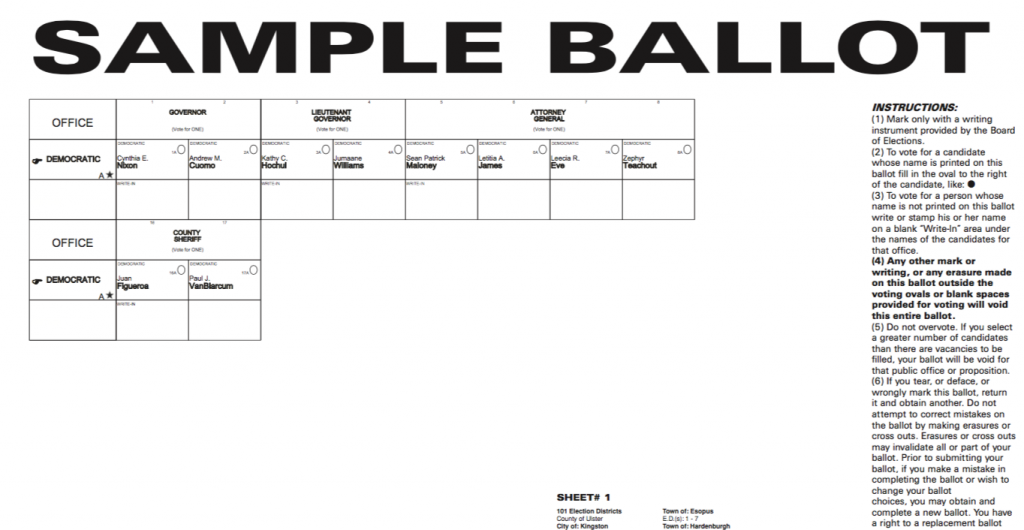 On Thursday, September 13th, the primary election will occur with polls open from 12:00pm – 9:00pm.  FIND YOUR POLLING PLACE.

In the City of Kingston, registered Democrats and members of the Reform party will have the opportunity to choose their candidate for the races listed below.   You may REVIEW the sample ballot in advance as well as to click on the links below to be taken to the webpages of each individual candidate.

We know that primary elections can be confusing, and that’s why we created a guide intended to help City of Kingston residents successfully vote for their candidate tomorrow.  Please be in touch if you notice any errors or to make suggestions in the comment section.

The best of luck to all candidates.  Get out and vote Kingston citizens!

What does “Opportunity to Ballot” mean? (OTB)
An “Opportunity to Ballot” (or write-in) means voters affiliated with the party that is on the ballot are free to write any individual’s name in. For instance, if you are a Republican and you have the option to write-in a candidate in your ward or district, you may do so instead of voting for the listed candidate.  An opportunity to ballot is the result of petitioning within an election district and if valid petitions are submitted with enough signatures, this opens the ballot for a write-in.

CONSERVATIVE
The Ulster County Conservative party can be found on FACEBOOK.

INDEPENDENCE
Not to be confused with the “Independent” party, the Ulster County Independence party can be found on FACEBOOK for more information.

Tomorrow is primary day.   Here is helpful information on where to go to vote and the candidate choices in Ulster County.

Where to vote?
LINK

Are you planning to vote at tomorrow’s primary election?
(polls)

Voters will go to the polls on Tuesday, September 15th to choose candidates that will run in November’s election.

There is a good rundown in today’s Freeman: “Tuesday Primaries will set the stage for November elections”.

There have been many questions as to why some of our candidates are not yet putting up lawn signs. Only candidates who are to be in the primary elections can post lawn signs at this time. They will all have to come down after Tuesday. All candidates running for office will post lawn signs prior to the November election.

You might also call the Board of Elections to confirm your voting location, in the case that something has changed. Their number is: (845) 334-5470. Polls are open from noon – 9:00pm.

Click on the candidates links below, when available, to learn more about their current platforms.