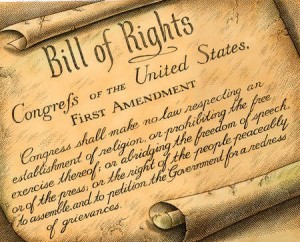 Please call your Ulster County Legislator today and ask that they reject Resolution No. 91 “Amending The Rules Of Order To Prohibit Memorializing Resolutions” on April 18th.     “It is important to me that you do not support a ban on the memorializing resolution process. A ban is undemocratic and infringes on my first amendment right to petition.”

Plan to attend the next Ulster County regular legislative meeting on Tuesday, April 18th at 7:00 pm at the Ulster County Office Building located at 244 Fair Street, 6th Floor in Kingston, NY.  Arrive at 6:30 pm to sign-up to speak and to get a seat.  Citizens are encouraged to create a two (2) minute testimony that is respectful and succinct.

In March of 2017, Resolution No. 91, a proposed ban on memorializing resolutions,  had its first reading (see video below).  In order to change a local law, that’s step one in the process.  On April 18th, the resolution will be read a final time before it goes to vote.

Is a letter from the legislature as effective as a memorializing resolution?

No. Memorializing resolutions must be submitted to the Clerk of the Legislature by the sponsor(s), along with all other business of the session, by a specific deadline.  The appropriate standing committee is chosen based on the issue.  It is placed on the committee agenda and discussed at the regularly scheduled meeting, which is open to the public.  The members of the committee have the opportunity to discuss the MR in committee before voting to send it to the “floor” of the legislature for a vote in the upcoming session.  A letter is not an act of the legislature that invites group discussion in committee, requires a vote by that committee to be sent to the floor, and is then a part of the public process where the public sees the memorializing resolution and can attend the session to weigh in.

Why do proponents of the ban on Memorializing Resolutions claim that they take up too much time during regular legislative sessions?

In 2016, the rules were changed prohibiting discussion on Memorializing Resolutions during the legislative session.  However, procedure allows for members to call for a “long roll” (i.e., a one-by-one vote) so that they may speak on the issue.  KingstonCitizens.org believes that engaging in debate in a way that represents and involves the public is the legislature’s business. They are protecting our “right to petition” by creating an opportunity for our voices to be heard and for our petitions to have a real forum. A ban on memorializing resolutions discredits public participation, civic dialogue, due process and the First Amendment.

Why are memorializing resolutions important?

Memorializing resolutions are statements of principles that do not become a local law or policy. They are “non-binding”. It is, effectively, a petition by one legislative body to other legislative bodies and lawmakers to provide a mechanism that allow citizens and the legislature to take a stand on important issues.

Why do the ban’s sponsors claim that Memorializing Resolutions have been used as a political tool?

Two controversial memorializing resolutions were recently sponsored by Republicans and passed by the majority of the Ulster County Legislature. One, in fact,  just occurred in March of this year.  It was Resolution No. 92 “Requesting The New York State Legislature Introduce Legislation Expanding The Hate Crimes Law, New York Penal Law §485.05” (March 22, 2017). The other was  Resolution No. 253  “Opposing The Process Of Enactment And Certain Provisions Contained Within The New York SAFE Act”  (June 16th, 2015).

Here are key facts to clarify much of the misinformation on the matter of Kingston’s proposed memorializing resolution on being “welcoming and inclusive”. We hope it is helpful to citizens of Kingston as they prepare their testimony on Tuesday, January 10, 2017.  Please arrive at Kingston City Hall (420 Broadway, Kingston – council chambers) at 6:45pm to sign-up to speak and to get a seat. The Mayor’s ‘state of the city’ address will begin at 7:00pm, and the Common Council will have their January council meeting following at approximately 7:30pm.  Public comment will take place at that time.

VIEW
Memoralizing Resolution
“Kingston as a Welcoming and Inclusive City”.

IS THE CITY OF KINGSTON DECLARING ITSELF A “SANCTUARY CITY”?
No.  In the memorializing resolution, although the “whereas” states that “these practices are generally considered to be ‘sanctuary city’ principles”, the proposed action of the City of Kingston is simply to reaffirm that it has always been and will always be that of “a welcoming and inclusive city”.

VIEW: Mayor Steve Noble’s reasoning why the memorializing resolution is not titled a ‘sanctuary city’.  (Begins at 23:56 – 25:28)

WHAT IS A MEMORALIZING RESOLUTION?
A memoralizing resolution does not set forth policy or law. Instead, it creates text to cause people to remember. It is a tool to both educate and in this case, to remind us of our principles and values.

WHY IS THE CITY OF KINGSTON PROPOSING A MEMORALIZING RESOLUTION THAT “REAFFIRMS KINGSTON AS A WELCOMING AND INCLUSIVE CITY”?
In November of 2016, Kingston’s Mayor Steve Noble received a letter from 21 members of the local faith community requesting that Kingston declare itself a ‘Sanctuary City”.  In response and following process, the mayor issued a communication to Alderman-at-Large James Noble requesting that their concerns be referred to the appropriate council committee for discussion. The matter was assigned to the Kingston Common Council’s Laws and Rules Committee. After  much research and collaboration, extensive questioning of both Mayor Noble and Police Chief Egidio Tinti, debate and public comment, a memoralizing resolution was drafted based on models adopted by municipalities from across the nation, reaffirming Kingston as a “welcoming and inclusive city”.  The memorializing resolution passed positively out of the Kingston Common Council Laws and Rules Committee for a full council vote on January 10th.

VIEW:  Mayor Steve Noble explains the context of the memorializing resolution (begins at 1:10 – 7:54).

IS THE CITY OF KINGSTON VIOLATING ANY LAWS BY PASSING A MEMORALIZING RESOLUTION THAT “REAFFIRMS KINGSTON AS A WELCOMING AND INCLUSIVE CITY”?
No.  The City of Kingston Police Chief Egidio Tinti reviewed the memoralizing resolution and found no conflicts with existing practices and procedures of the Kingston Police Department.   Immigration is federal law, not local law. Kingston, and all US municipalities, is barred from making laws relating to immigration.

IS THE CITY OF KINGSTON AT RISK OF LOSING FEDERAL FUNDING BY PASSING A MEMORALIZING RESOLUTION THAT “REAFFIRMS KINGSTON AS A WELCOMING AND INCLUSIVE CITY”?
No. The current memoralizing resolution does not change any existing laws, rules or practices of the City of Kingston or the Kingston Police Department and is consistent with the principles of the NYS and US Constitution.