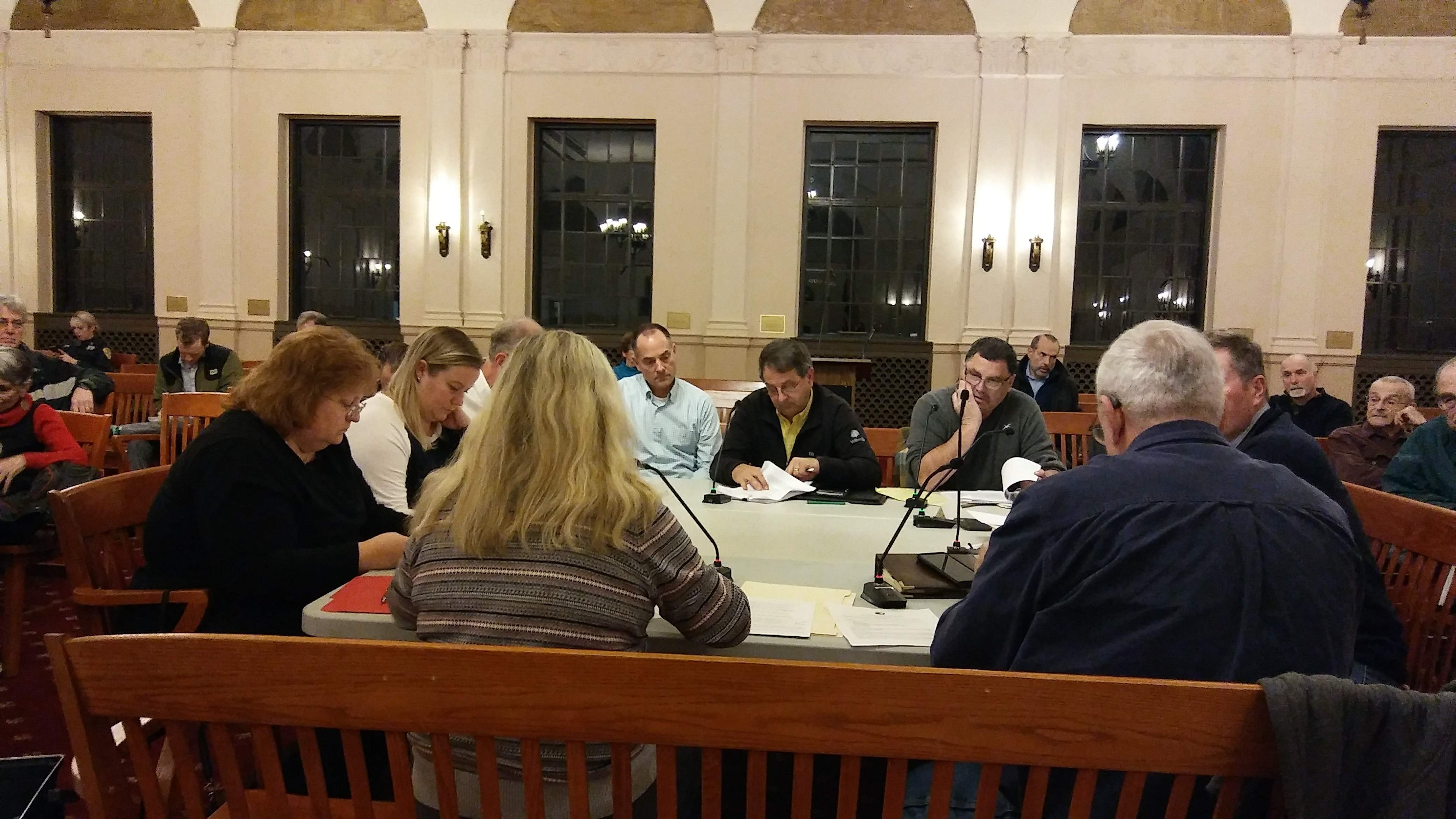 At last night’s Kingston Planning Board meeting, following a cursory review of  updated project renderings that were presented by the Kingstonian development team to presumably satisfy concerns about the visual impact, participants sat mostly in silence while the Board read over a draft of Part 3 of the Environmental Assessment Form (EAF) that had been prepared by Suzanne Cahill, the City’s Planning Director. Part 3 is a process meant to discuss and mitigate actions that were identified in Part 2 as having potential a  “moderate to large impact.” It is the last step before the Planning Board, as lead agency in the State Environmental Quality Review process (SEQR), makes a determination of significance for the project—a positive or negative declaration.

At the end of the meeting, the attorney for the developers encouraged the Board to discuss the new visuals that were presented that evening: “…we should probably discuss the Board’s reaction to the visuals that were shown tonight….you can see that there’s no significant visual effect in my opinion, but I’m not the Board and I think we should probably discuss that and Dennis [Larios] can answer any questions that the board may have.” Chuck Polacco, the Board’s Vice Chair, presided over the meeting, filling in for chair Wayne Platt who was absent. After no substantial comments were made, Polacco made a motion to table the decision until Monday, December 16th during their final meeting of the year.  He is heard saying to members at the end “by law, you have to wait a week…” to make a determination after completing Part 3.

Following the meeting, it was brought to KingstonCitizens.org’s attention that a man who had arrived late and left early was surveilling a small group of citizens who were observing the proceedings. Video footage provided by The Kingston News indeed captures three separate instances of this individual photographing one section of the mostly empty Council Chambers where the citizens were seated, without their knowing or engaging them. He has since been identified as the local communications specialist for the Kingstonian project.

Such creepy behavior begs the question: Why? Why does this development team, with all the political and financial advantages that they enjoy, feel the need to surveil private citizens who have simply raised questions about the project and process to their representatives in local government? Is this the new norm at City Hall?

Video by Clark Richters and brought to you by KingstonCitizens.org.

(In the attached image of the Daily Freeman article by Ariel Zangla, you are able to get a good look at the corner of the room where citizens sat and were photographed)