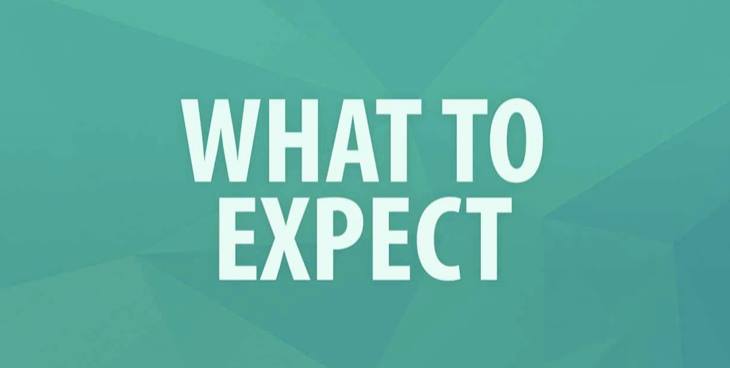 On April 10th, the Kingston Planning Board will hold a public hearing on the proposed Kingstonian project regarding the following approvals (in bold) and a SEQR Determination:

What step are we at in the process?

At this time, environmental impacts must be cited before the social or economic concerns are included in an Environmental Impact “Scope” (p. 93, SEQR Handbook), and a pos dec would be required in order for a public scoping process to occur.

FOR YOUR REFERENCE: SEQR Handbook

The project would seem to be justifiably determined as a pos dec, as only one potential adverse environmental impact is required in order for a pos dec to be triggered (p. 85, #5).   Uptown Kingston’s significance as a National Historic District is a reason for a pos dec. Traffic (the traffic for this project appears to be over the threshold for peak hour outlined in the law) would be a trigger. Visual and Aesthetic and Neighborhood Character are all legitimate environmental impacts (p. 90 of the SEQR Handbook).

As the Historic Landmarks Preservation Commissions (HLPC) has already weighed in as an “involved agency” to indicate the potential significant adverse environmental impact on the character of the Stockade National Historic District, the Planning Board, as the “lead agency” is obligated to take a “hard look” according to important case law precedents that have invalidated findings by lead agencies that have failed to do so.

Other important questions that the public should ask on Wednesday include:

1. Where is the planning board currently in the SEQR determination process?

2. When will the planning board make that determination?

3. Is the project being modified and will it be modified by the applicant and developer to try to address or mitigate potential impacts?

4. Will the public be notified of those modifications and have an additional opportunity to comment on the modified project before the Board makes a SEQR determination?

Below are excerpts from the SEQR Handbook to help you to identify good information to shape your public comment for Wednesday evening.

From pages 90 of the SEQR Handbook onward:

34. May determinations of significance be based on economic costs and social impacts?  No. A determination of significance is based on the regulatory criteria relating to environmental significance. If an EIS is required, its primary purpose is to analyze environmental impacts and to identify alternatives and mitigation measures to avoid or lessen those impacts. Since the definition of “environment” includes community character, these impacts are considered environmental. However, potential impacts relating to lowered real estate values, or net jobs created, would be considered economic, not environmental. Social and economic benefits of, and need for, an action must be included in an EIS. Further, in the findings which must be issued after a final EIS is completed, environmental impacts or benefits may be balanced with social and economic considerations.”

23. Are there impacts on non-physical resources that should be considered when determining significance?  Yes. There may be environmental impacts related to various community or regional values not necessarily associated with physical resources. Examples would include aesthetic impacts, impairment of community character, growth inducement and social and economic conditions, which are discussed below.

24. Why should the significance of visual and aesthetic impacts be considered under SEQR?The courts have upheld inclusion of effects on scenic views as an element of the SEQR review process; for example, in the case of a new radio transmission tower proposed to be constructed near the F.D. Roosevelt estate on the Hudson River (see WEOKBroadcasting Corp. V. Planning Board of Town of Lloyd 1992).

25. What methods or resources may a lead agency use in assessing potential visual and aesthetic impacts?  Because the quality of an aesthetic resource cannot be determined by a precise formula and because opinions may vary concerning the evaluation of visual impacts, there exists a widespread, but erroneous, notion that aesthetics analysis is hopelessly subjective. Instead, research has clearly established that landscape preference and perception are not arbitrary or random, so that along with some variability there is substantial regularity in the perceptions of significant adverse and beneficial visual impacts. It is upon this regularity of human judgement concerning aesthetics that objective decision making depends.  Developing an objective process for considering visual impacts is most effective if undertaken before controversial projects appear. To establish or clarify values, policies and priorities related to existing visual resources, agencies or municipalities should conduct an inventory of visual resources within their jurisdictions. Such surveys need not be elaborate, but are a recommended feature of any comprehensive planning process that the agencies or municipalities may undertake. The prime objective is to be proactive and identify visual resources that are significant within that jurisdiction and could be adversely affected by potential development.

• Whether the value of the aesthetic resource has been established by designation; for example: state park, designated scenic vista, designated open space, etc.

• The number of people who could observe the potential impacts.

• The circumstances or contexts under which impacts would be visible.

• The distance the viewer is from the aesthetic resource.

When the responses to these and other pertinent questions about potential impacts to aesthetic resources are compiled, the lead agency will know, for example, whether the resource is designated as important, is viewed by thousands of people annually when they use the resource (e.g. park), or if the potential impact is adjacent to that resource. Based on this systematic assessment, the lead agency will then be able to consider visual and aesthetic impacts in developing its determination of significance.

26. Has the Department of Environmental Conservation (DEC) developed any additional resources for assessing aesthetic and visual impacts?  The DEC guidance policy “Assessing and Mitigating Visual Impacts” was developed to provide direction to DEC staff for evaluating visual and aesthetic impacts generated from proposed facilities. The policy and guidance defines what visual and aesthetic impacts are; describes when a visual assessment is necessary; provides guidelines on how to review a visual impact assessment; differentiates State from local concerns; and defines avoidance, mitigation and offset measures that eliminate, reduce, or compensate for negative visual effects.

The cornerstone of the DEC guidance document is its inventory of aesthetic resources of statewide or national significance. The scenic and aesthetic resources identified in the guidance have all been protected by law or regulation, and are therefore special places that the public has deemed worthy of protection due to the inherent aesthetic value associated with the resource. For example, one category is state and national parks which havebeen established by government to protect unique resources, and are accessible for use and appreciation by the public.

The DEC guidance defines State regulatory concerns, and separates them from local concerns. However, the DEC guidance may be used as a model by other agencies or municipalities. Once local authorities have officially identified locally important visual resources, the guidance may be used to assist a lead agency in systematically evaluating potential visual and aesthetic impacts from a proposed development.

27. How do aesthetic and visual impacts differ from community character impacts? Visual impact assessment considers a single class of resource. While visual resources may contribute to a community’s perception of its character, a number of other resources should also be assessed or evaluated to enable a more thorough description of a community’s character.

28. Why is “community character an environmental issue?  The Legislature has defined “environment” to include, among other things, “…existing patterns of population concentration, distribution or growth, and existing community or neighborhood character” (see ECL 8-0105.6). Court decisions have held that impacts upon community character must be considered in making determinations of significance even if there are no other impacts on the physical environment.

29.  How can you determine whether an impact upon community character may be significant? Community character relates not only to the built and natural environments of a community, but also to how people function within, and perceive, that community. Evaluation of potential impacts upon community or neighborhood character is often difficult to define by quantitative measures. Courts have supported reliance upon a municipality’s comprehensive plan and zoning as expressions of the community’s desired future state or character. (See Village of Chestnut Ridge v. Town of Ramapo, 2007.) In addition, if other resource-focused plans such as Local Waterfront Revitalization Plans (LWRP), Greenway plans or Heritage Area plans have been adopted, those plans may further articulate desired future uses within the planning area.

In the absence of a current, adopted comprehensive plan, a lead agency has little formal basis for determining whether a significant impact upon community character may occur.

• Examples of actions found not to be significant include low-income housing and shelters for the homeless proposed to be located within existing residential areas.