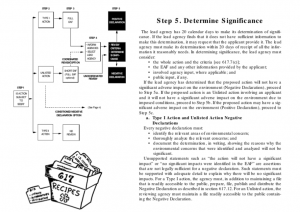 At last evening’s meeting of the Historic Landmarks Preservation Commission (HLPC), the Commission as an involved agency in the State Environmental Quality Review (SEQR) for the proposed Kingstonian Project put forward a motion to amend the agenda to include a discussion of the Kingstonian Project and its “potential significant environmental impacts” pertaining to historic preservation. With the clock ticking on a 20-day window for the Planning Board, as lead agency, to make a Positive or Negative Declaration in SEQR (the deadline being March 20th), the HLPC’s March meeting would have effectively been their last opportunity to discuss their concerns as a collective body. Apparently it was the desire of the entire Commission to have this discussion placed on its March agenda beforehand, but their request was not honored by the Commission’s administrative staff in the Planning Department.

KingstonCitizens.org found it deeply troubling that the City of Kingston’s Planning Director — who is both affiliated with the Planning Board as Lead Agency (meant to be an impartial body responsible for administering the environmental review process) and as staff of the executive branch that wrote the successful Downtown Revitalization Initiative (DRI) application to secure the $10 million dollar grant to be used in part to fund the Kingstonian Project — spent nearly 15 minutes trying to dissuade the Commission from amending their agenda to include a discussion of the project and its potential impacts as it pertained to the historical, archeological and community character of the project.   The Commissioners had also requested that the item be placed on the agenda, but Suzanne Cahill, who now is responsible for the HLPC’s administrative duties, would not agree to do so.

The HLPC is one of 10 involved agencies that will have a discretionary decision to make for the Kingstonian Project. Although anyone can point out potential significant environmental impacts, it is required in the SEQR regulations for the Commission in their capacity to “state their concerns (of the)…potential (environmental) impacts of the overall action”.

In the SEQR Handbook, Page 66, “How is the lead agency chosen?” it says about all Involved Agencies:

“The agency undertaking a direct action or the first agency to receive a request for funding or approval should circulate a letter, Part I of the EAF, and a copy of the application, including a site map, to other potentially involved agencies. That agency may choose to indicate its desire to serve as lead or may point out that its jurisdiction may be minimal compared to other agencies. If it has indicated a desire to become lead agency, it may also note its intended determination of significance. The letter should request all other involved agencies to state their interests and concerns regarding selection of lead agency and potential impacts of the overall action. The letter should also note that an agency’s failure to respond within 30 days of the date of the letter will be interpreted as having no interest in the choice of lead agency and having no comments on the action at this time.”

“Dan,” said Kingston Planning Director Suzanne Cahill, as a seemingly last resort for support of her efforts to squash the item from the agenda. “I’m with you,” replied Dan Gartenstein, the City of Kingston’s Assistant Corporation Counsel, who serves at the pleasure of the Mayor. “I don’t think this item should be discussed if it was not on a publicly distributed agenda…based on open meetings law.” However, there is no reference to agendas in the NYS Open Meetings Law.

KingstonCitizens.org is all for good policy, but the City of Kingston’s elected and appointed officials have a responsibility to not mislead the public or its citizen volunteer commissioners at any time. In the case of the Kingstonian Project, the meeting filmed last night raises the question of whether it is even possible for any municipal body to be lead agency and remain impartial in SEQR given what it stands to gain in a public/private partnership. Maybe, but the perceived errors in the actions of city staff last night ought to be enough to inspire the Planning Board to follow the rules to the letter to insure a transparent process.

The HLPC discusses the potential significant environmental impacts as it pertains to historic preservation for the proposed Kingstonian Project.

“To this day, the boundary lines of this stockade are formed by Green Street, Main Street, Clinton Avenue, and North Front Street and are still intact. Also, amazingly enough, almost the entire bluff promontory forming the perimeter of this area, elevated above the lowland, is still comparatively intact. Therefore, of the three first settlements in New York State—Albany (Fort Orange, New York (New Amsterdam), and Kingston—it is only Kingston that the authentic elements of an original fortification remain. Documents indicate that this log palisade was in existence until the early eighteenth century, having been kept in repair as protection against later Indian raids. While this area at present is surrounded by commercial development, aerial photography has recently indicated the existence of outlines suggesting that the angle itself may as yet be relatively undisturbed. This area forms a sharp bluff and this may account for its preservation.”