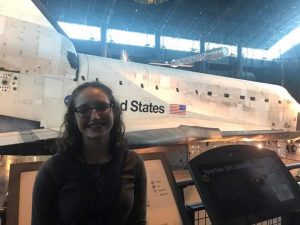 “I’ve been involved in the Kingston Democrat Committee since the Election of Trump. I’ve come to love politics, discussion, and the fact that one voice can make a difference when heard by the right people. People coming together to speak about their thoughts and views is the definition of democracy.  But recently our democracy has been challenged by another force. The NRA has time and time again over-ruled common sense in favor of money, and corrupt politicians have followed suit. People don’t feel safe at school, or at events of any sort. Many students at Kingston High School have been eager to take some sort of action.”

Tonight, the Kingston Common Council’s Laws and Rules Committee will vote to pass to the floor a memorializing resolution “Calling on State and Federal Elected Officials to Act Now to Eradicate the Use of Firearms in Mass Shootings and Unlawful Acts of Violence”.   Milgrim’s effort will help to engage Kingston youth in civics and in support of stricter gun laws.

“As students who cannot vote, it’s important that we take part in our local government in any way possible – such as attending Laws and Rules committee meetings. It’s such an incredible statement for students to show up at a government event, and let our presence take the place of the votes.  We are excited to stand up for what we believe to be the moral thing to do. We’re tired of feeling anxious in school – that another student could get angry at us one day and replicate the horrors of the school shootings we now hear about on a daily basis.”  says Milgrim. “I’ve finally found something that can give me hope. I feel as though my voice is being heard with this stricter gun law memorializing resolution.”

The Kingston Common Council Laws and Rule Committee will be held on Wednesday, March 21st at 6:30pm at Kingston City Hall (420 Broadway) Conference Room #1, top floor of City Hall.  The memorializing resolution is being proposed by Ward 3 Alderman and Majority Leader Rennie Scott-Childress.

Kira also enjoys participating in the weekly Kingston of the Democratic Committee meetings where she has volunteered time to work on the committee’s website.

“It’s because of local government, and the adults in this community that are supportive beyond belief that I can go to Democrat breakfasts and meet the congressional candidates and get these awesome opportunities. Every student should have these same oppertunities. Everyone’s voice should be heard. There’s a whole reservoir of thoughts that is constantly being shunned from society; we students have ideas that are never shared because we have struggled to jam our foot in the door and be taken seriously.” says Kira.  “Now that we finally have, the door is flying wide open.”