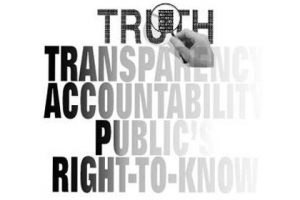 In addition, although New York’s Open Meeting Law requires it, there has never been council or committee minutes provided to the public. There isn’t audio or video made available by the city either, leaving no way for the public to track what happens on their behalf by their elected or appointed officials. Anything that might have occurred – and that did not make it into the local papers – would have to be relayed second hand unless someone happened to be present to film the meeting. This is not a terribly effective way to advocate for either side.

Anyone who follows this stuff as closely as we do knows that amending a law should be placed in front of the Laws and Rules Committee for discussion and debate once a communication is submitted.

Looking at April’s council communications, there is no evidence that we could find of the shooting range as an item and being referred to committee.  Since citizens rely on their elected officials and clerks office for relevant information on city matters,  it is fair to assume that the issue was not on the table at this time.

But in fact, Ward 7 Alderwoman Maryann Mills had requested ‘a discussion’ on the shooting range for both Public Safety in March (where a communication has been obtained however, the agenda for the meeting was never made public) and Finance in April (that according to Ward 2 Alderman and Finance Committee chair Doug Koop will “strike at the beginning of (tonights) meeting…as this item more appropriately belongs to the Laws and Rules Committee.”
(UPDATE: Tonight’s agenda has since been updated and the item removed)

Because the shooting range being placed on the Finance Committee agenda was only uploaded to the city of Kingston’s website yesterday, this is brand new information to us.  To understand how the decision to place this item over to Finance (and given that there were not any communications on the shooting range listed in April’s council agenda), we requested a copy.  Alderwoman Mills responded, stating that “This is ongoing and did not necessitate a new communication. It will be presented in Laws and Rules or Public Safety if needed.”

Then, in today’s paper, Council president James Noble announced that an amendment to the proposed Firearms law would be placed in front of the Laws and Rules Committee on April 19th at 7pm. That’s next week. To know this, you would have had to be reading the paper.  Although we appreciate our papers very much (and believe every citizen should have a subscription to them all), city government needs to take responsibly in getting this information out to the public in a concerted way that doesn’t waver prior to or at least at the same time that a newspaper does. What do other communities with good policy for open government do?

On the subject, Kingston has taken a great step in hiring its very first Director of Communications and Community Engagement. This thoughtful addition will go a long way in helping to improve policy and how information moves out into the community.

A little history on the proposal is in order.

For those new to this issue, an indoor shooting range called “SafeShoot” is being proposed on Prince Street in Midtown, Kingston. It is a densely populated area of residents and business, directly behind Monkey Joe’s Coffee shop and around the corner from Kingston’s City Hall, the Kingston High School, the YMCA and the Center for Creative Education. Dr. Adam Soyer is proposing the indoor shooting range in a location that he owns and where his practice had once been (and maybe even still is at this time).  The new range would provide “a 15 yard target shooting area with five shooting lanes, as well as classrooms and a gun shop.”

Last year, when the item came up in the city of Kingston, residents with concerns requested that the planning board, who was reviewing the proposal at that time, schedule a public hearing.  “the board opted against a formal hearing” and then later reversed its “earlier decision”   READ “In Reversal, Kingston Planning Board Sets Public Hearing on Proposed Midtown Shooting Range.

Prior to the Planning Board changing its mind on scheduling a public hearing, the Board of Education took immediate action and expressed unanimous opposition to a shooting range and gun shop at that location, “in the interest of the safety to students, faculty, employees and others present at the Kingston High School” on December 9th.

After their statement and further pressing by citizens,  the public hearing was scheduled and well attended on December 14th.

Throughout much of the opinions and information shared by the public, the most revealing of testimonies for an indoor shooting range in Kingston were the ones pointing to laws that exist and that appeared to have been missed by the planning department. They included both a special use permit for a ‘membership club’ under city rules in order to operate (which would have required a public hearing anyway) and, a firearms law that clearly states ‘No person, other than in self-defense or in the discharge of official duties, shall willfully discharge any species of firearm within the city limits of the city of Kingston.”

At this past April’s common council meeting, Dr. Soyer spoke during public comment (starts at 1:25 in the attached link) stating that “There is certainly an outspoken minority of people who are against this project, and I believe it’s from lack of education on understanding the industry and the project itself,” Soyer said. “But also, a lot of the arguments really have no statistical basis, and I think that’s important to understand.”    The minority that Dr. Soyer refers to here actually made up the majority of those who spoke at the public hearing in December that were not in favor of the indoor shooting range at that location and who also happened to be…city of Kingston residents.  Most who favored the location on the other hand, were not.

With the amendment to the Firearms law now on the Laws and Rules Committee agenda for April 19th, council members will  need to take a lot into account including Kingston’s newly adopted Comprehensive Plan, an imminent overhaul of Kingston’s zoning and, whether or not amending a law to support a proposal that is currently on the table is even legal.  As a change to the law to accommodate the goals of an individual project is a very slippery slope and in our opinion, reflects undue influence on the system.

We came to this proposal last December, after learning that a group of citizens (mentioned above) had organized (on their own and without any affiliation with KingstonCitizens.org) to request a public hearing so that their voices could be heard on an issue that mattered to them.

What we have found since that time is a whole host of issues that probably would have been avoided had there been better communications and clear guidelines and policy to uphold proper process in our community. That is the focus of KingstonCitizens.org’s advocacy.  When process is clear and followed on any issue, the chance for all to be heard and protected is possible.

7 thoughts on “On Process and Transparency: The Proposed Shooting Range in Midtown Kingston.”