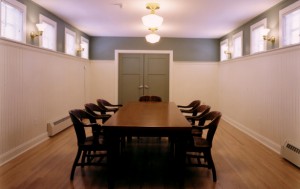 Are you as curious  as I to know who sits on the Kingston Water Board?

Call me old fashioned, but I have a great deal of respect for those who volunteer for boards, councils and commissions in Kingston.

However, this five member board believe that they alone have the authority to decide whether or not Kingston’s water source can be sold to the Niagara Bottling Company. Five people who view themselves as independent of Kingston City Government.  (?)

In 1895 by a special act of the NYS legislature to provide potable water to the residents of the City of Kingston, it says that the Water Board is a “financially and administratively independent department within the City of Kingston and is governed by the Board of Water Commissioners. The Board is a continuously sitting body and each member is appointed to a five (5) year term by the Mayor. The Mayor is a voting member of the Board.”

A five year term.  I’d like to see how long each member has served. I have a hunch that some of them have been sitting around that table for longer than five years.

What was relevant in 1895 – over 100 years ago – probably isn’t all relevant today.  Back then, in being independent the idea was to keep politics out of water.  How’s that working for us in 2014?

Have a look at the Town of Ulster Supervisor Jim Quigley addressing the Water Board after everyone left.  VIEW

Furthermore, to assume that back then it was ever anticipated  that bottling and selling surface and groundwater and shipping it far and wide – or climate change would be in their purview is just plain silly.

Reform is a good thing, folks.

This builds a stronger case of the need to update Kingston’s charter.   I like the idea of exploring new forms of government too while we’re at it, such as City Manager Form of Government where a professional with a background in public administration could be hired.  KingstonCitizens.org recently hosted a public educational meeting on the subject and it was enlightening.

Here’s how I feel about THAT.  But we’ll take this all up again at another time.

For today, it’s important for Kingston citizens to look at every aspect of the proposed Niagara water deal and that includes who this Water Board is.  Their backgrounds and for how long they have served should be made priority.

2 thoughts on “Kingston Water Board: Members and Term Limits”